The third period of the NCAA hockey championship... in wonderful, beautiful GIFs!

Those of you who opted not to stay up and watch the NCAA championship between BU and Providence missed one hell of a collapse by the Terriers.

Things were looking pretty bleak there for a while. BU had the Beanpot, the Hockey East regular season title, the Hockey East tournament title, and the Hobey Baker thanks Jesus-Muhammad-Moses-God-Allah-Yahweh reincarnate, Jack Eichel. And in the third period of the national championship game, against the worst at-large team in the field, they had the lead.

The Terriers' third periods this season had been the stuff of legends—their 69 goals in the final period (plus their SIX (6) overtime goals) were far and away the most of any team in the country. So surely, the game was effectively over.

And then, Matt O'Connor had quite possibly the biggest goalie brain fart of all time, flushing everything the Terriers had worked for all season down the drain.

A little can o' corn for the goalie. It's easy. And O'Connor gloves it, and controls it! And then, inexplicably, he drops the puck in between his legs and it slowly, painfully, majestically rolls into the net, tying the game for a Friars team that was utterly dead in the water.

And from that point, the game irrevocably changed, proving beyond any shadow of a doubt that there is a God, and that He does love us, and wants us all to be happy.

Providence suddenly smelled blood in the water and was giving it to O'Connor and the Terriers. BU Coach David Quinn, sensing the puckering sphincters of his young team, called a timeout to try and settle things down.

Let's see how that worked out for them.

Providence scored the winning goal late, sending the Friars into a tizzy and sending Jack Eichel to the Oilers or whichever God-awful team ends up drafting him.

THROWBACK! Remember this oldie-but-goodie from BC's 5-0 thrashing of the Terriers to go to the Frozen Four in 2006?

Well, say what you want about ESPN, but God bless those folks in Bristol for giving us one hell of a montage of crying Terriers.

We'll just get out of the way and let you all enjoy...starting, of course, with America's favorite Second Coming.

In one single moment your whole life can turn 'round
I stand there for a minute starin' straight into the ground
Lookin' to the left slightly, then lookin' back down
World feels like it's caved in—proper sorry frown

Jeez, what a li'l crybaby! Are you gonna cry all day, crybaby?

You know, everyone has problems; it doesn't mean you have to be a little crybaby about it.

Come on, guys, let's go. These kids are totally not cool. 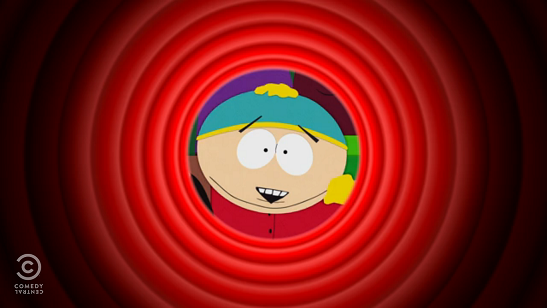