Come witness the horror show that everyone is talking about.

Share All sharing options for: Watch Sunday's Premiere Of AMC's The Walking 'Stache

Don't miss tonight's must see event, AMC's season premiere of the Walking 'Stache. If you haven't watched the show this macabre tale of destruction and desolation stars Frank Spaziani, a man who can single handily infect anyone that he gets near with the deadly virus, a new strain of flu that causes the infected person to forget simple things, and fall under his spell of his scattered unprepared will. Known to outsiders as the 'Stached One, Spaziani has been given control of a group of survivors known as the "Eagles," a hardy group of men who have risen up and dealt with nearly impossible odds.

When we left off last season, Spaziani looked to have changed his ways, bringing in outsider Kevin Rogers to help his flock. But it was all an evil ploy devised by the cunning Spaz, as viewers were shocked when the 'Stached one attacked Rogers and exiled him to the Land of the Sick. In a true twist of utter horror, Spaziani put his minion Dave Brock as leader of the troops, but in reality it was an dastardly ploy again as Spaziani was the one making the real decisions. Last season of the Walking 'Stache, fans of the show were left stunned when Eagles' leader Luke Kuechly escaped the clutches of Spaz and to the sanctuary called "the NFL" and leaving his brothers behind to deal with the villain. 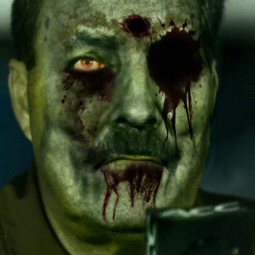 Media members were allowed to see a premiere of this season's episodes entitled "When Things Go From Bad To Worse". We find the survivors are dealt with a series of blows, including a savage beating of one survivor named Chase Rettig. But the group is beginning to understand that Spaziani might be the root cause of it all. Spaziani's protector is revealed, the man who prevented him from being exiled from Chestnut Hill, even in the face of all reason, and his name is Gene DeFilippo. The flock of outsiders grab DeFilippo and "remove him", leaving us to wonder what his fate truly was. After he is removed, the new hero a man named Brad Bates is introduced. Brad is sent to clean up the land, and give the survivors a leader who can truly lead, not like the insidious Spaziani. Can Brad rid the land of Chestnut Hill from the evil works of The 'Stached One?

The Walking 'Stache stars an unforgettable cast of characters. The survivors, known as the Eagles include old man Dave Shinskie, the wily Alex Amidon, and a whole slew of guys that fall victim to the 'Stache. Many fans of the show are still left to wonder if Colin Larmond Jr and Deuce Finch will ever return to the Eagles, or have been exiled to the land of the outcasts as we saw with Montel Harris, Clyde Lee, and Dominick LeGrande last season.

Make sure to check out The Walking 'Stache and see how the season ends. It's the show everyone is talking about:

"This show is so scary, it's hard to believe it's based on a true story!" - Brian F.

"Come on guys. You are missing the point. Spaziani isn't the villain. If the survivors could stay healthy, they would do much better!" - Mark B.