GOAL BY GOAL: BC Women's Hockey Puts On A Show In Thrashing Of Terriers

Filling up the highlight reel

Share All sharing options for: GOAL BY GOAL: BC Women's Hockey Puts On A Show In Thrashing Of Terriers

Ah, the first BC/BU game of the year. There's a chill in the air, excitement in the stands, and the rat dogs are primed and ready to be punted into the loss column.

BC women's hockey put on a show Saturday afternoon at Walter Brown Arena. After giving up the first goal of the game, the Eagles scored eight unanswered to demoralize the Terriers and win by a final score of 8-1.

To call this game "revenge" for last year's Hockey East championship game would be inaccurate. The Eagles will need to reclaim some hardware to really get the bad taste out of their mouths. But nonetheless, blowout victories sure are sweet.

Before we get to the goals, I wanted to make a point to mention this, because I found it pretty funny:

This weekend is the Four Nations Cup women's hockey tournament, which features the US and Canada national teams along with Sweden and Finland. Historically, this tournament has disrupted the college hockey season because the best players in the NCAA would head off to join their national teams for the mid-season tournament and miss a handful of their college games.

Last season the Eagles sent a whopping five players to Four Nations and expected this year to be something similar. BU expected to be missing their best player, Sarah Lefort, as well. The BC/BU home and home was scheduled for this weekend, and the Eagles asked the Terriers to move the games.

The Terriers would not oblige. The Eagles were able to move their home game to Tuesday, but BU stood firm and kept the Walter Brown game on Saturday, during the tournament.

As it turned out, Team USA threw everyone a curveball and opted for an almost entirely veteran roster, sending only two college players to Four Nations, while Team Canada put together a more typical mixed squad. As such, the Eagles were fully staffed, while the Terriers lost their best player to Team Canada. 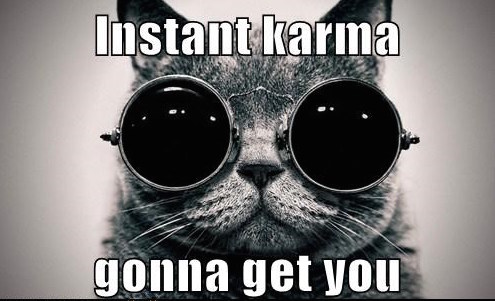 You have to give some credit to the Terriers -- they came out guns a'blazing. BU put in an all-out effort to try and hang with the Eagles, and it showed.

The Terriers would get on the board first with this power play goal, the first goal the Eagles have given up all season while on the penalty kill, after some chaos in Katie Burt's crease. The puck rattled around and managed to find its way in, rewarding the Terriers for their impressive start.

BU really did skate with BC for about the first 7 or 8 minutes, but the kind of effort BU was putting in to keep up with BC just wasn't sustainable. The Eagles slowly started to take control of the game, and the Terriers would never come close to sniffing a victory.

The Eagles took advantage of BU's early aggression to get on the board. Kali Flanagan can burn, and with two Terriers skating hard at her in the neutral zone, she just turns on the jets and leaves them behind.

Once into the offensive zone, BC doesn't really have numbers, so she decides to put it on net with a complete laser beam. Forget looking for a rebound; that puck's in the net.

This is the kind of goal that just won't be stopped. BC is absolutely flying at the net after Dana Trivigno turns around that poor BU defender at the blue line with the self-pass. Trivigno doesn't even break stride and the defender who tried to make the play can't even begin to rejoin the play by the time she recovers.

There's just one Terrier left who can try to do something about it, but with how fast the play has developed she can only manage a desperation dive to prevent Trivigno from shooting. So Trivigno dishes it over to Bender who was flying in on her own, and Bender rifles it in to put BC out front.

It was a nice statement finish to the period after the Terriers came out strong, and the game was just a party from there.

When you score eight times, you're allowed one garbage goal. I think that's the rule. This was BC's only one.

Not unlike BU's goal to open the game, there's chaos in the crease. Anastos finds the loose change, though, and gets it through to start opening up a little breathing room.

With just one tenth of a second left on the clock, BC really took the wind out of BU's sails with this completely pornographic shorthanded goal at the end of the 2nd period.

BU was only down a pair at this point, despite getting soundly outplayed, but saw a glimmer of an opportunity with a late power play. But a turnover and a two on one break for two of the best players in the country was not what the doctor ordered, and Skarupa finished off the drop-pass-give-and-go-to-a-one-timer, sending a single tear down the cheek of every BU fan in attendance and sending the Terriers into the locker room completely disheartened.

You know that SNL short where Peyton Manning just goes totally ham on a bunch of kids playing backyard football? That's Alex Carpenter on this goal.

This goal is the most simple of them all and is probably the most ridiculous. Carpenter is in on a two on one with Skarupa once again (on the same penalty kill as the last goal!) and BU just did not come to class prepared.

BU's #25 Alexis Crossley backs off to defend the other half of the two on one, probably for two reasons: First, she was the defenseman that got roasted by the two on one with the pass on the previous goal and I assume she thought she should try and prevent that again, but second, not only is she guarding the pass, but she is just completely nope nope nope nope nope nope and not even kind of pretending to want to get in front of this shot.

Carpenter takes the shot with what is probably genuinely the hardest point blank wrister I've ever seen. Like Peyton with the kids, it was just not very nice.

This was BC's only full-length power play of the game (or rather, it would have been had they not scored), and it's just another perfect example of the new-and-improved power play philosophy: "You are really talented and also have more players than they do so stop screwing around and make a play to the net."

That's word for word what happens on this goal. One pass across to open up some angles to a passing lane, one pass in toward the net, and a shot.

It's just the way you draw it up, because the puck doesn't even have to go in. With the good chance, there's a nice rebound and an Eagle our front to put it in. Nothing to it.

BC's power play is night and day better than last season. The Eagles are 3rd in the country in power play percentage, trailing Minnesota's now-legendary man advantage and a Dartmouth team that has only been playing for two and a half weeks.

Since October 15th, BC's power play has been tops in the country.

Alex Carpenter barely touches the puck on this but deserves every bit of that assist. She forces the turnover and Newkirk finds her way to the puck.

BC's a team of shooters, and with the space to skate straight to the slot, Newkirk takes what she's given and pops the water bottle.

But she's not done!

A natural hat trick for the freshman!

I've been watching BC women's hockey since 2006 and in my memory I can't remember any Eagle scoring a natural hat trick in that time. Makenna Newkirk is the one who does it, but you know she's thanking Alex Carpenter for those forced turnovers.

These aren't BU screw-ups, either. This is the best player in the world doing work and winning the puck. But you don't score three goals that quickly without having skills of your own. Newkirk has shown an excellent eye for the game as a freshman (along with a great shot).

That's all she wrote in this game. Shout out to BU goalie Erin O'Neil for the great sieve reactions, especially on BC goals #4 and #8. You da real MVP. Not really, you directly contributed to your team losing, but yeah. Love it.

BC and BU head up the road to Conte Forum on Tuesday night to finish off the home and home. Go Eagles.