Four goals from Alex Carpenter led the Eagles to a pair of easy victories over the Huskies.

The #2 BC Eagles rolled into the weekend against league doormat UConn and came out with dominating 6-1 and 4-0 victories over the Huskies.

Sophomore Alex Carpenter led the way with two goals in each game, tacking on three assists as well. Otherwise the scoring was pretty well-rounded with Skarupa, Bizzari, Bolden, Field, Young and Brown each potting a goal of their own.

Shoutout to senior forward Elizabeth Olchowski, who on senior night Saturday tallied an assist for the first point of her career.

The weekend went pretty much as planned, as UConn is a very, very bad hockey team. That's more than can be said about 32-0-0 Minnesota, who played WCHA doormat Bemidji in a two game set this weekend. Minnesota pulled out a dominating 8-0 win on Friday before needing overtime (WHAT?!) to beat the Beavers 3-2.

I took a few pictures of UConn's hockey arena so you all can see just how... not that great it is. It makes Merrimack's Lawler Arena look halfway decent. 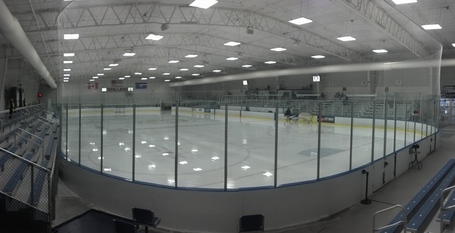 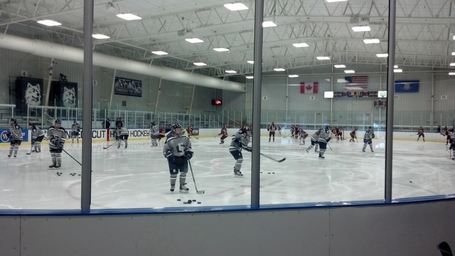 And finally, this is, no joke, UConn's only banner in the entire arena. #MAACtion, anyone? 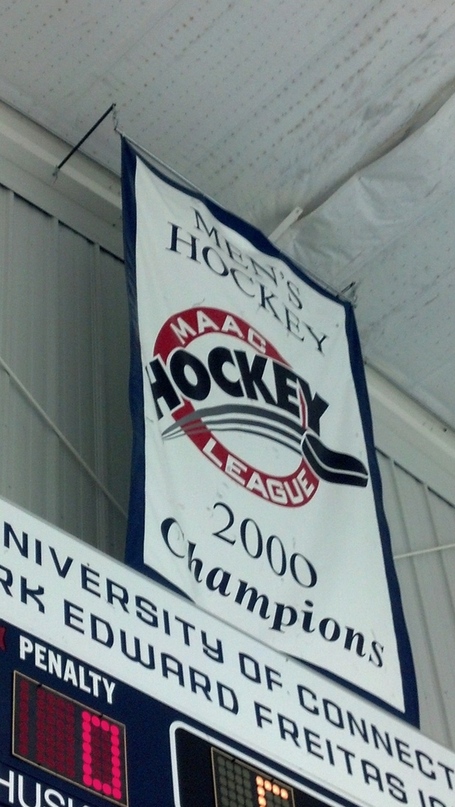 You feel like you're either in an aircraft hangar, a warehouse, or in your local rec rink. #QU4HockeyEast

BU and BC both handled their opponents this weekend. The Eagles and Terriers currently sit atop the Hockey East standings with identical records. If they can each take care of business in their last three games, they will both have same same record against every team in the conference which would result in a coin flip to determine the top seed in the playoffs.

BC plays again on Tuesday against Providence in a game that was rescheduled due to the blizzard, followed by a pair of games at Vermont on Saturday and Sunday to wrap up the regular season.