It could be a tight one in Chestnut Hill tomorrow, what do our writers think?

It has been a very angry week here at BC Interruption. In just the span of a week it feels like half the Eagles fanbase have just given up on the team. The points have been made. Darius Wade is gone for the season with a broken ankle. Who is going to replace him; Jeff Smith or Troy Flutie? The offense appears to be a mess. The defense seems to be the best defense in the history of college football. What can Steve Addazio to do to make sure the ship continues in the right direction? We shall these questions answered on the field tomorrow in Alumni Stadium.

Obvious question: Who will be the go to quarterback tomorrow, Troy Flutie or Jeff Smith? Will Frank Taylor be healthy enough to play? Will Kevin Kavalec? Can the offensive line kick it into gear finally? Will the Boston College defense continue to play like juggernauts? Can Sherm Allston find a way to get himself back into the BC gameplan? While he's at it, can he prevent BC from getting stuck with poor field position? Can Thadd Smith/Bobby Swigert/Harrison Jackson become part of the game plan? How will Isaac Yiadom and Kamrin Moore look against a strong NIU offense? Can BC get pressure on Drew Hare?

What will Steve Addazio's offensive gameplan look like in this game? Will he be more aggressive? How will he treat his quarterbacks? How quickly will he pull one QB for another? If one QB goes out, marches down the field and scores on the first drive, will he really pull him for the other? Which QB will get the nod on the first drive? If both Flutie and Smith struggle, what is he going to do? Where is Elijah Robinson in this whole gameplan? 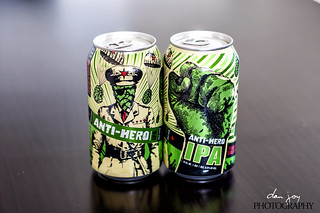 Honestly this week I could not figure out a Chicago based brewery that I have tried, except for Goose Island which I feel everyone and their mother has drank at this point. So I went on Twitter and reached out to my amazing followers, and got a myriad of responses. One person said "Pipeworks", Seth Andrew recommended Off Color Apex Predator which has a pretty awesome name. Adam recommended Not Your Daddy's Root Beer, which many people like, but isn't a beer, so therefore I didn't pick. UMadd blogger Fear The Triangle selected Half Acre Daisy Cutter, which sounded interesting, but he's a Minuteman blogger so I immediately threw that one out. Finally, I came to this bad boy, chosen by Bill Potter, G_Gerrard and Tommy Hermes. The description on Beer Advocate has me intrigued: An American hop assault for all the ambivalent warriors who get the girl in the end. "Look, I ain't in this for your revolution, and I'm not in it for you, Princess." This iconic ale features a blend of four hop varieties which creates a crisp bitterness and imparts massive floral and citrus aromas. Plus I love me some street art can art. Now to find this beer in my local packie.

BALDWIN JR: CAW CAW! THIS WEEKZ AY JAY TOLDS MEE TO FINDS A PUPPY DAWG HUSKY TO INTERVIEW ABOUT THE UPSCOMINGS MATCHEDUP WITH END EYE YOU. I DIDN'T HAVE TO GO FARS TO FINDS ME THE MADSCOT OF THE HUNKIES. HE WUZ RIGHT DOWN THE CHOO CHOO TRAIN LINE! WELCOME PAUSED!

Paws: Wait, am I hear to talk about the upcoming hockey season?

BALDWIN JR: NO! AY JAY SAID TO FIND THE DAWGY FROM SOME SCHOOL THAT STARTED WIT N, SO I FOUNDS YOU! YOUR SCHOOL HAS BEATENS LOTS OF HIGHLY RANKEDED TEAMS RIGHT?

BALDWIN JR: SO WAIT, YOU HAVEN'T BEEN TO A MAJOR TOURNAMENTS IN THE PAST TEN YEARS?

Paws: No. What have you done? We have been to as many BCS bowls as you have. Right guys?

Paws: Baldwin Jr, we gave up on football in 2009. You know this. But hey we have as many points against FBS teams this year as you have! BC SUCKS

BALDWIN JR: WOWZERS I NEVER THOUGHT I WOULD MEET ANOTHER MASCOT WITH THE BRAINS OF BAWDWIN JUNYOR!!! BUT HERES WE ARE! WHILE I HAVE YOU HERE PAUSED, WHAT DO YOU THINK OF BEECEE'S CHANCES AGAINST END EYE YOU?

Paws: Is Flutie the quarterback? Who cares? The Pats are on Sunday, I'll be pregaming my neutered butt off, FIRE GOODELL, Tom Brady RULEZ!

BALDWIN JR: THANKS PAWS THIS HAS BEEN A SUPER DUPER INFORMATIVED INTERVIEW. I CAN'TS WAIT TO TALK TO YOU AGAINS. GO EAGLEZ! CAW CAW

I know this isn't going to be a popular choice, but let's face it Kanye West is one of the greatest artist of our generation, well at least he was, until he became a parody of himself. In all seriousness though, College Dropout may be one of the best rap albums of all time, one of the few albums that have held up over time and can be listened to from start to finish repeatedly. Two Words is one of the best albums on the album. Yeezy's flow is great, Freeway may be one of the most under rated rappers of the past fifteen years and Mos Def is always worth a listen. I picked Three Words for a few reasons. 1) Kanye is from the Chi. 2) BC needs to play by two words FORWARD PASS

One writer chose against the Eagles, otherwise it's BC across the board.

Jeff - I will be at the UCF v USC game and perhaps catching the end in the parking lot. BC 20 NIU 9

Grant - Will be in Connecticut staying far, far away from the cliff everybody else seems to be jumping off. BC 20 NIU 6

Joe - Will be in the upper deck raining down cynicism like Statler and Waldorf. And hoping to have time to come to AJ's tailgate. BC 27 NIU 17 Flutie magic!!!!!

Dan - I'll be watching the game from the under a rock, cowering in fear from the boom I think will be brought by the running game. BC 24 NIU 10

Laura B - Crazy Cat Lady be following the game on my phone while working at the shelter BC 17 NIU 10.

Arthur - I'll be at the game but will be sprinting back home afterward to watch the Mets hopefully clinch. (Knock wood) 14-7 Birds.

Coach - Watching the game from the same spot I have for the last 45+ years...section D at Alumni. Regardless of who plays QB, BC is still just a bit better than Northern Illinois. Huskies forced five turnovers last week at Ohio State and played really well, but I don't think can come back with a similar effort. Critical, critical game for BC. Being at home and the confidence with which the defense is currently playing is enough to get the win. BC 20 NIU 13.

The naysayers (Coach, AJ, Dan, Jeff, Arthur) got the points last week, which was clutch for Dan & AJ who both moved out last. Jeff has been a model of consistency as he and Coach have begun to open a sizable lead.

Will you be attending the game? We love to see you and your family/friends donning the maroon and gold. Share your pictures with us on our Facebook page!

This is going to be a good game between NIU and Boston College, do you think the Eagles will pull it off? Or will Steve Addazio's offense sputter for the second game in a row? Leave your predictions and thoughts in the comment section.