Boston College starts off with what should be an easy win. Can they make sure that happens?

Share All sharing options for: Boston College vs. Villanova: Final Thoughts and Predictions

Hey everyone, it's time for Boston College football, sans Franks Spaziani!!! I am so excited for college football..that...I...am....having...trouble breathing. The "dudes" are in town, ready to show the world that Boston College has the talent to win, and that a certain coach from Hingham might have been the reason the Eagles have struggled. There is a whole lot of changes to account for, a new head coach, a new defensive coordinator, and many new players who could mean the difference between a disappointing season and the first bowl birth in four years. Hoping to stop them is Villanova, a power house of FCS football, but a team that got trounced last year by Steve Addazio and Temple.

Can Boston College turn around the SS Spaztanic from 2012? What will the Boston College defense look like under the tutelage of new defensive coach Don Brown? Will Steve Addazio's energy translate to the field? CAN WE HAZ OFFENSIVE LINE?? What roles will Myles WIllis and Tyler Rouse play on Saturday? Can BC show fans that they can blow out teams that they should easily beat? How much will Matt Patchan help to seal up the offensive line? How unbelievably awesome is the LIVE F****** EAGLE????

I imagine that Boston College fans are excited about the change of regime, and the energy brought by Steve Addazio and Co. Will there be a good crowd in Alumni Stadium tomorrow? What will we learn about the scheme and talent of Boston College this weekend against an FCS opponent? Will Brad Bates and Company have any other surprises in store for BC fans? What does beer taste like after an actual win (I forgot).

What To Drink As You Welcome Steve Addazio To Chestnut Hill 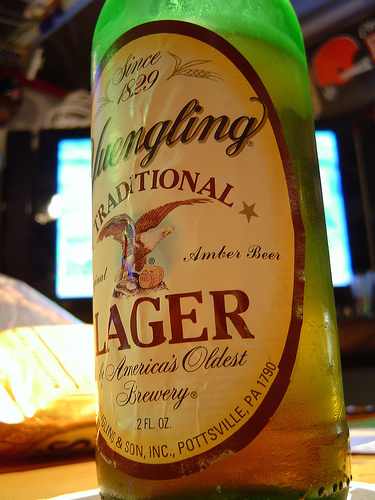 Want to drink a good beer this weekend, anything by Dogfishhead should do the trick.

Other options: Grant recommended something called a ginger beer, which I assume is a hipster beverage, while Dan recommended Pumpkinhead which is also my mom's favorite beer. Good work boys.

CAW CAW GUESS WHO IS BACK. BACK AGAIN? BAWDWIN JUNYOR'S BACK, CALLS SOME FWIENDS! CAN SOMEONES CONTACT DOG THE BOUNTIES HUNTER, I HASN'T SEEN FRANK SPAZIAMIANI SINCE LAST NOVEMBER AND I AM NERVOUS! I IZ WORRIED THAT HE RAN INTO FOWL PLAY. I MISS HIS MUSTACHIO, I CALLED IT THE TICKLER, AND OUR AFTERNOON NAPS THAT WAS MANDATORY! THIS NEW GUY STEVE DAZZZIO IS TOUGH ON BAWDWIN JUNYOR. HE MAKES ME RUN AND GET UP EARLY. THIS IS NOT THE LIFE FOR AN INFLATABLE MASCOT!

ANYWHOSE, CHASE RETTIGS IS BACK, AND I'S JUST CAN'T WAIT TO START MY HEISMAN CHASE CAMPAIGN. I THINKS IT COULD BE A GREAT IDEA, MUCH BETTERS THAN THE CLOWN IS COMING AND JOHNNY IS BACK IN TOWN! AERIAL CHASE!!!!

THERE IS LOTS OF CHANGES HAPPENIN' HERE AT BAWSTON CAWLIDGE. THERE ARE LOTS OF DOOOODS ON CAMPUS, WHAT IS A DOOOOD? IS IT SOMETHING BAWDWIN JUNYOR CAN EAT? I MISS THE STUDENTS, AND BOUNCING ON MY HEADS. I JUST WANT TO MAKE SURE THAT BRADLEY BATES CAN USE BAWDWIN JUNYOR IN THE BEST WAY POSSIBLE. WHICH IS BRINGING THE CUTIE COEDS TO THE GAME! MY MILKSHAKE BRINGS ALL THE GIRLS TO THE YARD! CAW CAW

Wu Tang Forever. Nothing should get you more amped up than a bunch of Shaolin rappers going off about everything from "rubbing your ass to the moonshine" to "make you jump like Rod Strickland". Seriously tho, Wu Tang gets me amped up for everything, from going home after a hard days works to a football game against a meaningless FCS opponent. Ol Dirty Bastard should be the mascot for this year, because in the end BC football is confusing, makes little to no sense, but in the end is awesome to watch right?

For some reason Grant wanted me to put Razzle Dazzle from the musical Chicago in this spot. Which would have been a perfect choice if Villanova and Boston College were having a dance off a la West Side Story. However this is football, and given that 99% of the football team probably has never heard of Chicago, I am going to leave this one off.

Dan thought of DJ Khaled's Victory. I mean I love rap, but choosing a producer that yells "WE THE BEST" is probably not the best fit for the Eagles right now.

It's rivalry time! Are you heading to Alumni Stadium Saturday night for Senior Day? Show off our maroon and gold on our Facebook page!

A new season a new coach, a new everything. How are you feeling about the upcoming 2013 season? Feeling a bowl game or another year of disappointments?