A fitting tribute to BC '99 Welles Remy Crowther.

The Boston College football team released images of the red bandana-inspired helmets, gloves, socks and cleats that will be worn to honor the memory of Welles Remy Crowther (BC '99) this Saturday against USC. The Boston College alum, a former volunteer fire fighter, is best known for saving at least a dozen lives during the September 11 attacks in New York City, during which he lost his own life. Via The Heights: 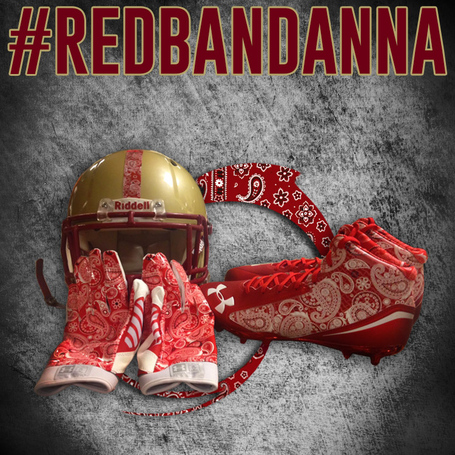 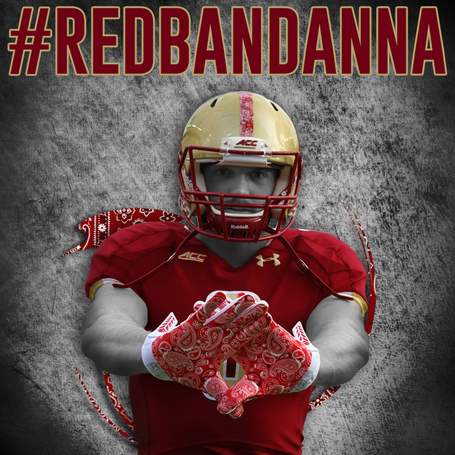 Here are a few more shots of the gear via @BCFBEquipment:

Which, excellent. That is how you switch up the helmet stripe without going overboard with Under Armour's crazy designs. The gloves, socks and cleats are a nice touch and a fitting tribute to the school's fallen hero.

Also per the Heights, the coaching staff will also be wearing red bandana-inspired apparel, while Athletics will give away 6,000 red bandanas to students. So if you're not a student and going to the game, I'd encourage everyone to bring along a red bandana as well.

Hopefully, Boston College's BADASS BIRD OF PREY OF INFINITE MAJESTY that bears Welles' name will also return to the sidelines after being noticeably absent for last Friday's home opener against Pittsburgh.

UPDATE: Welles the eagle will be there too. Gang's all here.

Welles the eagle, named in honor of Welles Crowther, will also be at Saturday’s game against USC.

A+ all around. Seriously, this is great. Now let's make this a thing going forward.

Next Up In College Football