The showdown in LA is two days away, who will win? What should we drink? And of course Baldwin Jr stops by for some expert analysis.

Share All sharing options for: Boston College vs. USC: Final Thoughts and Predictions

Two weeks of football are in the books and Boston College is sitting at 2-0. Feels pretty good, doesn't it? After four years of watching our beloved football program crumble and fall apart, Steve Addazio has rejuvenated the fans, the program and his team ... like a dude. At the beginning of this year, if you were to tell me that Boston College would actually have a chance against USC, I would have told you to lay off the Molly.

But here we are ... Week 3. Many sites and pundits are actually predicting Boston College to upset the Trojans. If this happens there are a few people you should thank, other than, you know, the team. Steve Addazio ... Don Brown ... but most importantly, Lane Kiffin.

One of the most grossly incompetent coaches in college football, Kiffin has successfully taken a team that was projected to win a National Title in 2012 to a team out of the National title picture following a week 2 home loss to Washington State. Thanks to riding on the coat tails of his much successful father, who has now abandoned him, Kiffin has completely lost the faith of his fan base. Fans were booing him and his team last weekend. Upset is on the mind of the Eagles. Could it happen this weekend? We all will watch on Saturday. That is unless you have DirectTV or Verizon Fios. Then you're shit out of luck.

What will the USC passing game look like on Saturday? Has the Trojans' offense made adjustments to get the ball to Marqise Lee? Can Cody Kessler be a serviceable quarterback? How much passing will Chase Rettig do in this game? Can any of his receivers NOT named Alex Amidon contribute? Can Andre Williams continue to take the wear and tear of being an every down back? On defense, can the Eagles continue to force turnovers? Will BC be able to pressure Cody Kessler? Will BC start to turn things around on third down, on both sides of the ball?

If Andre Williams gets banged up, does Boston College have another running back that will be able to effectively run the ball in Ryan Day's offense? Can Boston College make it two straight games without a penalty? Can BC contain Marqise Lee and keep the damage minimal? If BC jumps out to an early lead, will the USC faithful turn on Lane Kiffin quickly? If BC were to win this game, would Lane Kiffin be fired before the end of the season? What would a win against USC do for the Boston College football program? Are you as excited about this game as I am? 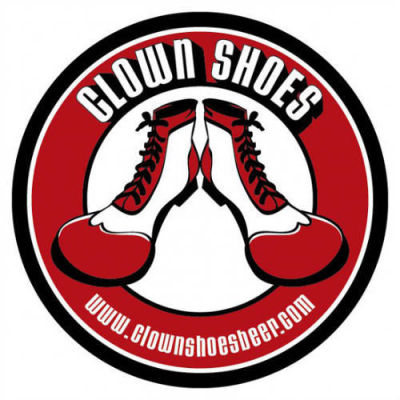 Anything by Clownshoes Brewery - Last week's choice of Pumpkin Stout was met with a mixed reaction including people calling me stupid for hating Pumpkinhead. Look, someone else agreed with me. Others don't get the obsession with Pumpkin beer in general. Not naming names, Brian.

Today I went with a smaller company that I just tried at a beer festival, Clownshoes Brew Company. I actually have had a few beers by them and have liked most of them. They have a stout that is fantastic and their IPA is just hoppy enough to enjoy. The one beer they made that I couldn't stand was a Chai based beer, which is a little too weird and not "beery" enough for my tastes.

This beer choice is dedicated to Lane Kiffin, because as we all know and have known, he is complete Clownshoes. Maybe I should have picked a beer that is expensive but lousy, or a beer that is just terrible, but Clownshoes was too perfect for good ole Lane. What makes me just a little sad is that I failed to find this beer last year, because I would have made it my beer of the week the entire Boston College season.

Water. Seeing as how this game is on the Pac-12 Network, most of you will probably have to watch this game from a Sports Bar. #BeADude and get the hottest buffalo wings known to mankind. But feel free to wash it down with nature's survival juice.

CAW CAW. WELCOME FROM THE SUNNY BEACHES OF CALIFOURNIA! WOW, THAT WAS SOME FLIGHT FOR BALDWIN JUNYOR! AS A NON FLYIN BIRD I WAS PUT UNDER THE PLAIN WITH THE BAGS. COACH DAZZIO LET ALL MY AIRS GO OUT AND TRIEDS TO SO HARD TO FIT ME IN AS CARRY ALONG, BUT I WAS TOO BIGS! UNDER THE PLANE THERE WAS LOTS OF BAGS FILLEDS WITH RED BULL DRINKS, 45 POUND DUMBBELLS AND A WHOLE LOTS OF STEAKS!

SINCE I'VE HIT THE GROUNDS I'VE VISITED THE BEACHES, AND WENT SURFING IN THE SPECIFIC OCEAN! THE DUDES OVER IN LOS MANGLES WERE SOOOOOOOO NICE TO BAWDWIN JUNYOR. THEY GAVE ME THE MOST AWESOMEST CHOCOLATE BROWNIES IVE EVER TASTED! AND THE BESTEST PART WAS AFTER I ATES THEM I SAW ALL SORTS OF COLORS AND LOTS OF THINGS DIDN'T EXIST, LIKE LANE KIFFYKINS BEING THE COACH OF SOUDERN CAL NEXT YEAR! CAW CAW!

AFTER THE GAME, BAWDWIN JUNYOR PLANS ON HEADING OVER TO HOLLYSWOOD TO SEE IF I'S CAN FIND A CAREER IN THE MOVIE FILMS! I WENTS TO FIND BENNIFER AFLLECK TO SEE IF I COULD BE HIS ROBIN IN THE NEXT MAN WHO DRESSES UP LIKE A BAT MOVIE. BENNIFER SAID HE WOULD CONSIDER IT BUT ONLY IF "FAHKIN GOT HIM ANOTHER BEYEAH" WHATEVER THAT MEANS. BUT I'LL TAKE IT! BAWDWIN JUNYOR IS GOING TO BE IN THE MOVIE FILMS! CAW CAW!!

Yesterday I was a little bummed when I saw that Boston College athletics stole my idea for song of the week (co-signed by Brian Favat). But I can't help it. Whenever I think of California I think of this song. Well that and "Going Back to Cali" by Biggie, but that really only works for Chase Rettig and some of the seniors "fortunate" enough to have played in the Emerald Bowl in these two programs' last meeting against one another.

California Love is quintessential 90's rap. If you can't rap along with the entire song, you probably are listening to Joe's choice of music which was "This is Boston, not LA." When Tupac busts out with "OUT ON BAIL FRESH OUT OF JAIL CALIFORNIA DREAMIN," I always think of one of USC's most famous football players, O.J. Simpson. Boy he's getting fat in prison.

Big changes happened after the Wake Forest Game. Yours truly had a correct score (6 points) for Wake Forest, while Jeff was heavily penalized for picking the Demon Deacons. Dan showed his consistency knocking out a second straight 2nd place finish. This week is going to be huge, with half of us picking BC and the other half picking USC. It's about to get real.

Are you heading to USC to see the game? Show off our maroon and gold on our Facebook page!

Are you ready for a cross country battle? Think BC can take the Trojans? Leave your predictions and thoughts in the comment section!