A farewell to a BCI legend, predictions and Final Thoughts?

Opening weekend is here!! Finally after weeks of settling for baseball, reading books and dealing with loved ones, we have our national pastime CAWLEDGE FOOOOOTBALL!!11!!! There are so many things to look forward to including but not limited to: Steve Addazio screaming at anyone and everyone he sees, cheerleaders, Boston College running backs blasting over opposing linebackers, beers, and of course changing our cell phone ringtones to "For Boston". But with all the excitement comes the questions. Let's look at some of the questions that BC has going into their opening weekend matchup this Saturday against UMass.

Can Myles Willis et al. successfully fill the massive void that Andre Williams left? Tyler Murphy has to be a better quarterback than Chase Rettig right? If I have dreamed that Bobby Swigert will be returning to the field as some sort of Steve Austin Six Million Dollar Man reboot, that's not wrong is it? Shakim Phillips, how will it feel to play in front of the only legitimate college football team in New England again? Can the Boston College offensive line continually blast the UMass defensive line five yards off the ball on every play, or will it just be on every other play? Josh Keyes is going to play like Super Mario after he grabs a star power right? Has anyone come up with a good nickname for Sherm Allston already and would like to trademark it before the media steals it in Week 10? Is Mark Whipple really the Annie Sullivan Miracle Worker to the UMass Helen Keller?

Is Mark Whipple some sort of magician that has the ability to turn poop into a prince like the people in Amherst believe? What will the final attendance number be? Will there be more BC or UMass fans at the game on Saturday? Do UMass fans realize that they have a football team yet? If this is really a "Super Bowl" for UMass, what does that say about their program? How many UMass trolls are going to come onto BCI to whine about this post with comments like YA DOOD WE HAVE TWO 4* WIDE RECEIVERS THAT AH BETTAH THAN TROY BROWN AND RANDY MOSS COMBINED. FAHK YOU BAHSTON CAWLEDGE! Seriously though, after this game can we never speak of UMass football again?

What To Drink To Celebrate Beating Your Safety School 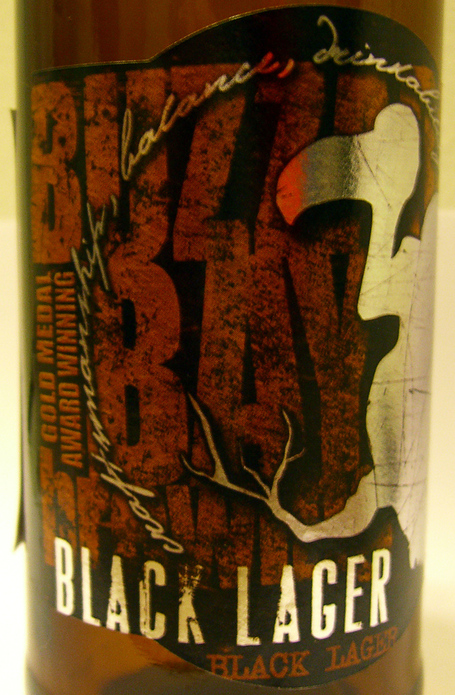 Because this is Labor Day Weekend, and because it's a "battle" of Boston area schools, I picked this beer. If you want to know what pure hell feels like, try traveling to Cape Cod this weekend. It's literally wall to wall traffic for hours on end. And to make the experience feel even more like being stuck at the DMV, the line to get out of the Cape is ever WORSE on Monday. Anywho, that is just a side note, for this beer I wanted to pick a beer that is not an IPA because as much as I love drinking bitter beer, I have been on a kick of Ales and lagers lately. I love this beer. The dark lager reminds me of a Guinness, but isn't anywhere as heavy, meaning you can drink a whole lot more of them. And as you enjoy this beer that is brewed on Cape Cod, think of your friends that are skipping this game to go sit on the beach, and instead are stuck in three hours of traffic on their way to overpriced restaurants, bars, beaches and hotels. Because seriously, screw those guys.

The salty-sweet tears of unfathomable sadness streaming from the eyes of every UMass fan who actually thinks that Mark Whipple (a blended reincarnate of Allah/Jesus/Yahweh/Moses/Muhammad/Mel Gibson) is going to somehow keep this bloodbath respectable.

CAW CAW!! IT'Z WITH A HEAVY HART AND A HEAVY BRAIN THAT I HAS COME TO THIS INSTANT MESSAGE BOARD TO ANNOUNCE MY RETIREDMENT. BAWDWIN JUNYOR HAS DECIDED THAT INSTEAD OF PROVIDING YOUS WITH MY GLORIOUSNESS INTROSPECTEDNESS AND INSIGHTS THAT HE IS GOING TO FLY OFF INTO THE GOLDEN SUNSET. BUT I HAS FOUNDS A HIGHER POWER. SOMETING THAT BAWDWIN JUNYOR HAS LACKED HIS WHOLE LIFE! RELAXSEDATION! SO I AM OFF TO HINGHAM WITH MY BESTEST FRIEND FRANK SPAZIAMIANI AND WE ARE GOING TO LIVE OUR LIVES AS I BECOME HIS PERSONAL FLOATATION DEVICE AS HE FLOATS DOWN THE CHARLES RIVER! IM SO EXCITED. I ALSO HAS A SIDE JOB SPREADING THE DELCIOUSNESS SESAME SEEDS ON THE PRETZELS AT THE STADIUM. I HEARS THAT THEY ARE THE FAVORITEST PART OF THE FOOD.

NO WORRIES, I'LL STOP BY FROM TIMES TO TIMES. BUT I CANTS STAY AROUND, STEVE DAZZIO YELLS TOO MUCH! HE TOLDS ME I'M NOT A DOOOOD AND THEN TRIED TO TAKE ME INTO THE MEADOW TO LOOK AT THE FLOWERS, I DONT KNOW WHATS THAT MEANS. BUT IT SCARES ME DONT MISS ME TOO MUCH SO I RANS AWAY!! I LUVS YOU ALL, EVEN THE HATERZ! GO EEGLES AND #SORE!  CAW CAW!!

AJ: I am here to talk with Mickie O'Sullivan, a recent UMass graduate, to talk about the upcoming BC and UMass game at Gillette.

AJ: Ok....So what are your thoughts about BC?

Mickey: Ok, here it is. The Eagles are a bunch of snobby elitists that sip on wine coolers, and CHEAT. Ya you loosahs, I saw Goodfellas like 16 times, and ya I can't read the book, but I know Henr-ee Hill helped throw some games, and yo' football team is a bunch of cheatah's too! CHAZZ WILLIAMS RULEZ! GO SAWX!!!!

AJ: Ok, so this interview isn't going the way I was hoping. What are your thoughts about Saturday's game?

Mickey: So here it is you BC losah, Mah-k Whipple is the best coach in all of football. He won the CHAMPIONSHIP LIKE FIVE TIMES DOOD! And you jerkoffs at BC don't see it, but we at UMass do. This guy is the next Bill Belichick. Both came from the Cleveland Browns, and both have found the next star quatahback! Belichick has Brady, we have BLAKEY! You saw we wuz 1-11 last season right? Well here is the deal. We got two fo-wah stah receivahs from good schools. What? You think they left because they weren't good enough to git stahtin' time? GET OUTTA HEYAH.

AJ: Oh, right. Um, so you've won two FBS games in two years how are you going to beat BC?

Mickey: Dood! Because UMass is so much bettah than BC in literally everything! We are better in hockey! We have a Final Four appearance, and our girls are so much more attractive. AND MOST OF ALL, BAWSTON WANTS US TO WIN!  You losers are going down! GO SAWX. I'll be there until five, when I have to get down to Fenway Pahk to root on the Sawx! SWEET CAROLINE. BUMB BUMB. GOOD TIMES NEVER SEEMED SO GOOD. (does Wally wave, passes out drunk)

If you don't like my song choice, here is a Youtube playlist of Paul Anka songs you can go listen to.

KRS One - Step Into A World

Lawrence Krishna Parker has to be one of the most under rated MC's of all time. I am assuming that unless you are a big hip hop head you haven't heard much of his music. KRS One is a very political figure in the world of hip hop, which all started when his DJ was shot dead over a girl. KRS started an anti violence movement, and has been on tons of panels talking about the state of urban affairs. Of course this seems like the perfect music choice for two teams in Massachusetts. But when UMass "Step Into a World" of college football, they are going to find out what real pain is all about. KRS. ONNNNEEEE.

We're playing Umass so that means we need to drink Franzia and Busch Light, right? As for food, give me that Whole Foods steak. It's the first game. Go big or go home. After the game I'm calling on some nachos and buffalo wings at CBS Scene. You know, since we can drink at Foxboro in Patriot Place.

Going to make it to Gillette? Got some good photos of your tailgate or some sad UMass fans? Make sure to put up your photos on Facebook, or if you want you can email them directly to me at bchysteria at gmail dot com. Please make sure you understand that by emailing them to us you are giving us the right to use your picture on our posts!

Can Boston College win the Battle of the Bay State?  Or is UMass going to give them a run for their money? Make sure to leave your predictions in the comment section.