Where Do Boston College Football Players Come From?

Where do the players that comprised the 2013 Boston College Eagles hail from?

Share All sharing options for: Where Do Boston College Football Players Come From?

Mode's Benn Stancil recently scrubbed ESPN's player data for hometowns then married with Google Maps' API to produce incredible visualizations of where various college football teams come from. The aim of the study was to determine whether geography diversity correlates to team success (spoiler: it doesn't). In fact, in order to be an elite program, you might as well recruit exclusively out of St. Thomas Aquinas in Fort Lauderdale, Florida (home of Eagles' long snapper Leonard Skubal).

The resulting map is hardly surprising. Boston College draws heavily from the Northeast (Massachusetts, New Jersey and Pennsylvania in particular) and dabbles in other points east as well (notably Ohio, Florida and Illinois). This much you already know. What would be more informative is to look at the breakdown between guys Spaz and Addazio brought in as I'm sure you'd start to see Florida light up a bit more under the latter. 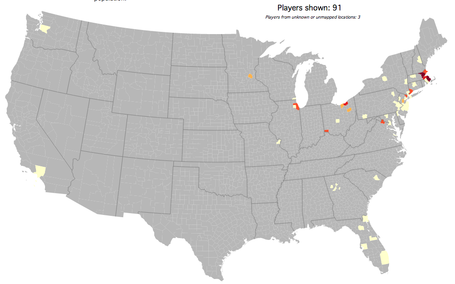 For comparison's sake, here's that French school in Indiana? (You can see why Notre Dame keeps annual season-ending rivalries with Stanford and USC). 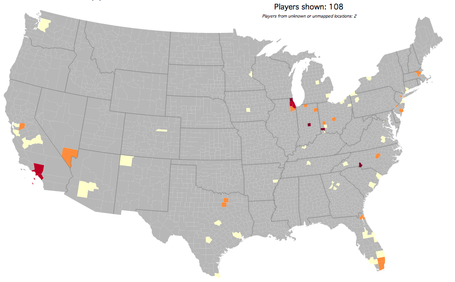 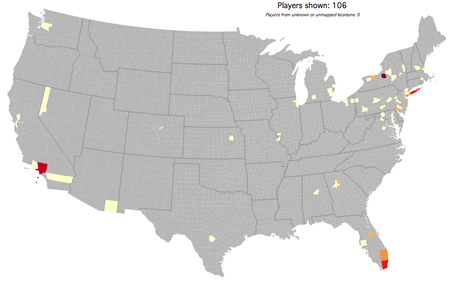 Visualization of why Syracuse AD Daryl Gross wants to play Miami and Georgia Tech every year (and no one else!).

Here's the geographic distribution of the entire conference: 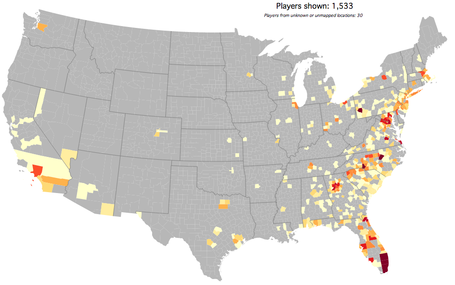 I'm particularly interested in seeing how Boston College football's recruiting footprint changes under Addazio and the new staff. You have to figure BC will continue to call on Addazio's ties in Florida, but early indications are that the program is putting in work in other, previously untapped areas of the country. With about 150 offers out already for the 2015 class, you can see how the program is trying to become more geographically diverse when it comes to bringing in talent. 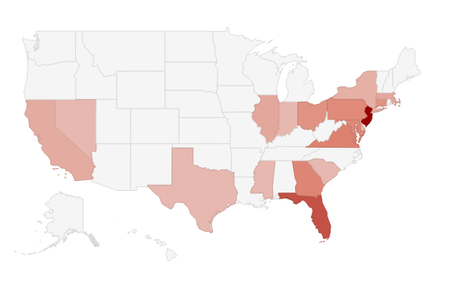 No surprise that BC is heavily recruiting New Jersey (29 offers), Florida (20), Virginia (14) and Georgia (13), but Addazio and staff are also extending their reach further from home in places like Mississippi, Texas, Nevada and California. If this stuff interests you as much as it does me and you have, oh, a couple or FOUR hours to kill today, be sure to check out Benn's original post.