All of the caveats aside, first year Boston College coach Steve Addazio is doing work on the recruiting trail.

Yes, it's far too early in the 2014 recruiting cycle. And yes, there's quite a bit of subjectivity to these rankings. And yes, these are non-binding, verbal commitments. All that said, it's hard not to feel good about first year coach Steve Addazio's efforts on the recruiting trail to date. Just how good has Addazio been?

Well, 247 Sports ranks the Eagles current class 17th best in the nation in its composite team rankings (as of yesterday, anyway). 17th. The only ACC programs ahead of Boston College at the moment are Florida State (6th), Miami (10th) and Virginia Tech (16th). ACC newcomer Louisville ranks 12th. 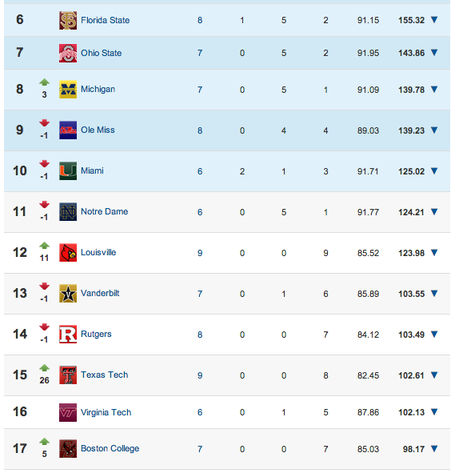 Rivals.com is slightly more bearish on the Eagles' current haul, ranking the class 22nd nationally and behind Florida State (6th), Miami (9th), Louisville (11th), Virginia Tech (13th), Clemson (16th) and Virginia (18th) in the ACC. Scout.com is here to rain on our parade just a little bit, ranking the class just the 50th best in the nation.

Regardless, for a program coming off a 2-10 season and featuring eight of nine new coaches on staff, this feels good. It's OK to feel good about this program again, you guys. Right?