Welcome to a special Breaking Bad themed version of Final Thoughts and Predictions.

Boston College has possibly their most favorable matchup this weekend against old "friend" Doug Martin and his New Mexico State Aggies. Down in the gorgeous city of Las Cruces, Boston College will face arguably the worst team in all of FBS. Think of that, a team worse than UMass. But it is important for the Eagles not to look past this game, they just need to go down there and take care of business. What will BC see on Saturday afternoon? Let's take a look.

How many touchdowns can Andre Williams run for against the nation's worst run defense? Will BC let Chase Rettig throw for more, or will they just pound the ball down the Aggies throats? Can Kasim Edebali continue to build on his impressive senior year? Are three Aggie defenders enough to actually cover Alex Amidon? Will BC play a little Josh Bordner if the game gets out of hand? Does Myles Willis have a big play in him on offense or even on special teams? Will the BC secondary recover after a rough game against Virginia Tech? BC's offensive line outweighs New Mexico State by quite a bit, will Matt Patchan and Ian White be able to open bus sized holes for the running game? Steven Daniels, will he again make some big plays? Which BC wide receiver will have the biggest game on Saturday?

Can Boston College make it through this game without an injury? Will the Eagles give some of the younger kids some experience if BC starts to romp? How long will Andre Williams play for? How will New Mexico State react to BC's blitzkrieg attack on defense? How many points will BC's offense put up against a terrible defense? Can BC prevent a let down game? Can Steve Addazio use a game against New Mexico State to practice running an effective two minute drill? Without cheating can anyone on this site name a player on New Mexico State? How much will ESPN3 lag on my IPad this weekend? 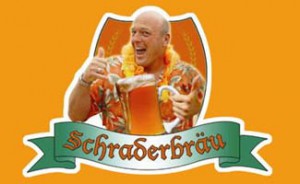 Schraderbrau: There is nothing redeeeming about the actual state of New Mexico, and there is no beer that I've actually tried from the state I figured I would go with what has to be the best fictional beer of all time (next to Duff). Without spoiling Breaking Bad for you, this is the beer that Hank Schrader homebrews while recovering from...plot line redacted....As a huge fan of home and microbrews I have to imagine Hank's beer would be pretty delicious, even if he had trouble with the carbonation process at one point. He just gains points because his beer label is possibly the best beer label of all time and may be the best thing to come out of New Mexico real or fiction. Budweiser could package Bud Lights with this label and I would buy it just to have that happy bald Hawaiian shirt wearing DEA agent smiling at me while I get loaded on crappy beer.

CAW CAW! YOUR BESTEST FRIEND BAWDWIN JUNYOR IS HERE FOR YET ANOTHER INSTALEMENT OF MY PREDILICTIONS AND THOUGHTS! I HAVE HADS A BUSY WEEK DOWN IN NEWER MEXICO AND I CANTS WAIT TO TELL YOU ALLS ABOOT IT! FIRST MY OLD FRIEND FRANK SPAZIMIANI GOT ME IN TOUCH WITH DOUGIE MARTIN TO TALK ABOUT THIS WEEKS GAME. DOUGIE SAID THAT HE HAS A SYSTEM AND HE WANTED TO SHOW IT TO BAWDWIN JUNYOR. HE SAYS IN THE GAME OF FOOSBALL, NO MATTER THE SITUATION YOU PASS THE BALL. FIRST DOWNS? PASS THE BALLS. THIRD AND LONG? PASS THE BALLS. 4TH AND INCHES? PASS THE BALLS? DOUGIE IS SOOOOOOOO SMART! NO WONDER HE GOT A JOB COACHING THE NEWER MEXICO STATE! I WONDERS IF CHASED RETTIG MISSES HIM?

AFTER DOUGIE SENT ME TO A CHICKEN PLACE "LOS POLLOS HERMANOS" WHERE I MET THIS REAL COOL DOOOD NAMED JESSIE PINKYMAN. WE TALKED ABOUT SCIENCE LABS, RAPPING MUSIC, AND HIS BESTEST FRIEND WALTERS WHITE! AFTER WE GOTS IN HIS CAR WE WENTS AND PICKED UP JESSIE'S BESTEST FRIEND BADGERED AND SKINNIEST PETE AND DROVE AROUND THE BEAUTIFUL OF I'LL BE QUIRKY. AND THE BEST PART WAS THAT AFTER WE TALKED, JESSIE TOOK ME INTO HIS ARRRRVEEE AND GAVE BAWDWIN JUNYOR SOME BLUE CANDY! I LOVES ME SOME CANDY AND I JUST ATE A HANDFUL, AND OH....WHOA....WHERE'S AM I? OH BOYS. WHAT WAS I TALKING ABOUT? FOOSBALL? FRANK SPAZ-A-DAZZIO? LUKES KEEKLY? BY FOLKS, I AM GOING TO TALK TO MY PET ALIEN ABOUT STARS TREK WHILE I JUST TAKE A LITTLE REST. MY PREDILICTION IS BEECEE ROCK AND NEW MEXICO..............

Gametime Song of the Week - Method Man- Bring the Pain

A song title dedicated to what I hope Boston College unleashes on the Aggies of New Mexico State. THEY NEED TO BRING THE PAIN. Method Man first came on the scene with his Wu Tang hit C.R.E.A.M, which should be the anthem of the University of Miami football program. Hi-yo! One of the most well known members of the Wu Tang Clan, Method's music continues to sell records. One of his best albums, and one you must check out if you haven't heard it yet, was his collaboration with Redman. Just on a sidenote, I saw Wu Tang in concert a few years back during the Rock the Bells tour and they were terrible. Method Man didn't do much to win over the crowd when he got the rest of the Clan chanting "Go Yankees, Red Sox suck" and stormed off the stage. But I can't hate Method Man that much, his music just that good.

Other Music Options: Why can't we be friends? (Dan) - It's pretty much what Doug Martin should be singing when this one is over.

A rough week for the editors last week as 4 out of 6 writers picked Virginia Tech. Only Jeff and Grant were able to get the pick correct, however Grant's selection of 6-2 didn't get him much love. Jeff scored big time picking a relatively safe score of 15-14, and bagging 8 points. Joe had the closest score, but selected Virginia Tech which was good for 6 points and put him in second place overall. All of the BC writers are selecting an Eagles romp this weekend, so it will all go down to how much BC can destroy the Aggies.

Watching the game on your IPad? Or did you find a gamewatch in your area to watch the game with fans? Want a picture of your tailgate or group of friends featured on next week's Final Thoughts? Make sure to put up your photos on Facebook, or if you want you can email them directly to me at bchysteria at gmail dot com. Please make sure you understand that by emailing them to us you are giving us the right to use your picture on our posts!

Are you ready for this weekend's matchup with the New Mexico State? Can the Eagles beat the defensively challenged Aggies? Will BC bring the pain to Doug Martin? What are your thoughts on the game? Leave them in the comments!