It's hard to believe that Saturday is the final home game of the 2013 season. Safe to say that this year has flown by, with a lot of positives for the team to build on. This weekend we have Dave Doeren's NC State Wolfpack. It's going to be weird to not see Tom O'Brien's crossed arms on the sidelines. Also will be weird not seeing him get blown out at Alumni Stadium. Let's take a look at what we should be looking at this weekend, along with some questions and of course another installment of Baldwin Jr.

NC State's rushing defense isn't great, will Andre Williams take advantage? Can Chase Rettig continue to take care of the football and manage the offense? Will we actually get to see Marcus Grant or Drew Barksdale catch a pass on Saturday? Can we expect another good game from the offensive line? How will Myles Willis effect Saturday's game? Will Kasim Edebali show back up? Will Kaleb Ramsey & Jaryd Rudolph play this weekend? Will Nate Freese again be perfect on his field goals?

Will Ryan Day stick with the safe play action passes to players like Mike Naples and Jake Sinkovec? FOR THE LOVE OF ALL THINGS HOLY CAN BC PLEASE STOP SCREWING UP THE TWO MINUTE DRILL? Can someone in the pass defense step up to make a play this weekend? Will Welles the Eagle be in attendance to root on the eagles? Does NC State actually do anything well or just a whole bunch of things poor to mediocre? Will Don Brown's dudes make adjustments from last weekend's poor defensive performance? Can the Eagles get off the field on 3rd down? Can the Eagles continue to limit penalties?

What To Drink While Celebrating Senior Day 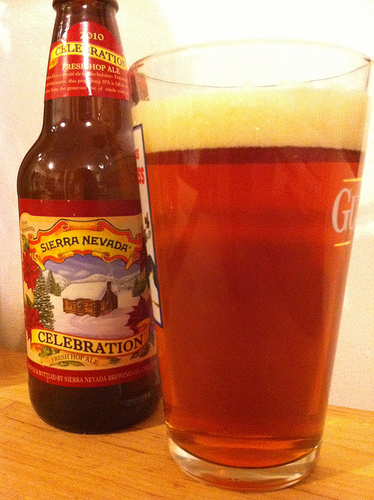 Sierra Nevada Celebration Ale: This is the first repeat beer in the history of Final Thoughts and Predictions. I chose this beer because it had a lot of sentimental meaning to me. Last year I chose this beer for Senior Day because as I put it "I would never have to watch Frank Spaziani coach a game again in person", this year I decided it would be a good selection for a different reason. Other than being an excellent beer from an excellent brewery, I wanted to choose a Celebration Ale because hopefully Saturday we will all have reason to celebrate. If BC goes from a 2 win team to a bowl eligible team in a year, that is every reason to celebrate and that is a pretty incredible feat to accomplish. Steve Addazio and Co. hopefully you will give us all a reason on Saturday to crack a bottle in victory!

CAW CAW! HOLY-EST MOLIEST I CAN'T BELIEVES THAT IT'S THE LAST HOMES GAME OF THE YEAR! THIS HAS BEEN A SUPER DUPER BUSY WEEK FOR BADWIN JUNYOR BECAUSE AFTER I CAME BACK FROM MY CANDY TRIP I WENT AND HUNG OUT WITH THE ONE MINUTE MEN OF UmASS. I FLOPPED ONTO THEIR FOOTBALL FIELD AND WAS IMMEDIATELY OFFERED A SCHOLLYSHIP TO PLAY FOR THE FOOTBALL TEAM. SILLY SAFETIES SCHOOL, I AM A COMMITTED EAGLE! BUT I AM ALL GOOD NOW AND READY TO TALK ABOUT TOMMY OBRIENS NC STATE WOLFPUCK!.....WAIT TOMMY IS GONE? WHERES DID HE GO? HE'S COACHY IN VIRGINNY NOW? OH GOODS FOR TOMMY, I AM SO HAPPY! HE SHOULD BE A GOOD FRIEND AND ASK SPAZIAMIANI TO COME DOWN THERE AND HELP OUT! SPAZIMIANI WOULD BE A GREAT RECRUITING COORDINATION PERSON! AND WOULD BE AN IMPROVEDMENT OVER WHAT VIRGINNY HAS NOW

SO THE PACK HAVE REPLACED TOMMY WITH DAVE DOORMAN? CAW, WE'S AINT AFRAID! YOU KNOWS WHY? BECAUSE BAWDWIN JUNYOR SAYS SO!

ANDRE WILLIAM HAS TAKEN BAWDWIN JUNYOR UNDER HIS GIGANTIC MAN WINGS AND HAS PROMISED TO MAKE ME A BIG BOY TOO. YESTERDAY HE HAD BAWDWIN JUNYOR TRY TO BENCHED PRESS KEVIN PIE LOUIS BUT I WAS SO WEAK THAT I DROPPED HIM AND IT DEFLATED ALL MY AIRS. LUCKILY IT ONLY ANDRE WILLIAM ONLY TEN SECONDS TO REFLATE BALDWIN JUNYOR BECAUSE HE HAS THE LUNGS OF A HURRICANE! AFTER THAT WILLIAMS WANTED BALDWIN JUNYOR WANTED ME TO MOVE A BEECEE BUS JUST USING MY THIGHS (JUST LIKE ANDRE DOES IT), BUT I TORE MY LEG OFF TRYING! ANDRE JUST YELLED AT THE TORN CLOTH AND TOLD IT TO MANS UP AND GET BACK TOGETHER AND IT WORKED! NO MORE ANDRE WILLIAMS WORKSOUT FOR BAWDWIN JUNYOR THO!

(hey Baldwin Jr. who do you think will win Saturday's game?)

OOOHH, FORGETSFUL BALDWIN JUNYOR! UMMMMMMM, BEEECEE WILL WIN, AND THE CURSE OF THE TOMMY O WILL CONTINUE FOR THE PACK! CAW CAW

Gametime Song Of The Week: LL Cool J Mama Said Knock You Out

Before he was on CSI Whatever, and even before he was writing corny love ballads, LL Cool J was the greatest rapper in the industry. Go back to some of the stuff he wrote in the mid 80's and you not only are going to hear some great hip hop but you will get to also hear the inspiration for most of the current good rappers today (Jay Z, Nas, Eminem etc.) I'm guessing that even the old men on the site that hate rap know this song, it's probably one of the most iconic rap songs of all time. I chose it for a myriad of reasons. One, his opening line "Don't call it a come back, I've been here for years". is a perfect analogy for Boston College football and this season in general. Secondly, BC has the chance to literally knock the Wolfpack out this weekend, and remove them from bowl consideration.

Dan's Alternative Track: Elvis - Little Sister. I had to go classic on this. Mostly because NC State is the little sister to UNC. Little sister don't you do what your big sister does (and beat BC).

Luckily everyone picked Boston College to beat New Mexico State last weekend. However most of us underestimated the points that the Aggies would score. Five of the 6 writers didn't have NMSU scoring more than 10 points oops. The only writer to get close this week with both scores is our overlord Brian Favat who's 44-21 was easily the closest score of the week, followed by fellow blog overlord Jeff, and then a whole bunch of wrongness by Joe/Grant/New Guy/Me. Jeff is making a huge run here at the end, could he take over by the end of the season?

Going to make it to the final home game of the season? Going to celebrate the seniors and their trials and tribulations? Want a picture of your tailgate or group of friends featured on next week's Final Thoughts? Make sure to put up your photos on Facebook, or if you want you can email them directly to me at bchysteria at gmail dot com. Please make sure you understand that by emailing them to us you are giving us the right to use your picture on our posts!

Can Boston College deliver the knockout blow to the Wolfpack? Or will Dave Doeren's team surprise the Eagles? Leave them in the comments!