Predictions, big questions and much more!

It's crazy to think, but this is the last out of conference game this season until BC's bowl game in December or January. It seems like just yesterday we were counting down the days until the season started. Colorado State is going to be an interesting matchup for the Eagles, and might give us a better understanding of some of the strengths and weaknesses of this team. Let's take a look at this week's edition of Final Thoughts.

Can a Colorado St. defense that has been bad against the run stop the BC rushing attack? Speaking of BC rushing attack, who will be getting the majority of carries this week? WIll we see Jon Hilliman, Marcus Outlow or Myles Willis? Can Tyler Murphy break off another huge run? What will BC's passing attack look like? Or is that just a silly oxymoron? How will BC break down Colorado's passing attack? How much will the loss of second leading receiver Joe Hansley effect the Rams? Will Josh Keyes continue his impressive campaign of destruction and desolation? BC is going to need to start causing some turnovers (117th in the country), can the Eagles force some this weekend? If so, who will make the big play? Also, can we please all cross our fingers that Alex Howell will be kicking everything this weekend?

What will attendance look like? Will parents actually stay during the game, or will they leave for lunch reservations? Can someone tell me if Welles the Eagles is still a thing? And if so, is the gameplan just to stash him in the Plex for every game for the 250 fans that actually go in there? BC continues to add to their video board game, what new additions will they add this weekend? Also kudos to the band for the addition of "Bang Bang" and "Black Widow", any other new pop songs for the repertoire? 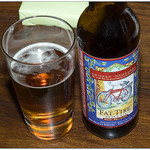 Fat Tire by New Belgium Brewing: Colorado has to be one of the best areas in the country when looking for microbrews and other smaller batch beers. When I went over there three years ago, I had a field day trying out new beers. However most of them never stuck with me (and no it wasn't because I was too obliterated to remember). One however that has stuck with me is Fat Tire. Unlike my most current obsession, the IPA, the Amber Ale isn't super hoppy and is a much smoother beer. And the thing about these types of beer is that you can find them by a lot of the mega-brewers, but they usually taste like crap. New Belgium on the other hand made this batch into a very delicious brew, and would actually be a great beer for a tailgate because unlike a hoppier IPA or a dark stout, you can drink these types of beer very easily. Plus this was brewed in Fort Collins, home of the Colorado St. Rams.  I apologize to all the other microbrews I failed to mention, if you have had other great beers in Colorado, leave it in the comments.

Guys, it's been hectic for me this week, and I have to run. So to take over the segment this week fresh from a pile of bear poop deep in the woods is Baldwin Jr...

Baldwin Jr: CAW CAW! Yes I IZ BACK AGAIN. LAST WEEK WAS A TOUGHIE FOR BAWDWIN JUNYOR, BUT JUST LIKE THE BEECEE EAGLES, I IZ ONE TOUGH DOOOD! I IZ HERE TODAY WITH BILL MCLAUGHLIN FROM THE ROCKY MOUNTAIN CHRONIC-LES TO TALK ABOUT COLORADO STATE RAM BAMS! 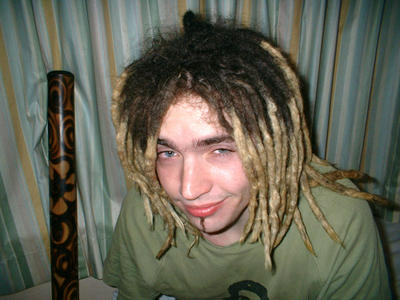 BILL: Holy crap man, your a freaking talking inflatable bird. Can I touch you. Wowwwwwwww, you are sooo soft.. This stuff is the bomb diggity. But let's start this off right as flight bird man, my name is actually Marley, after my favorite, the rasta man himself, Bob Marley!

Baldwin Jr: OH OKAYS, I WILL CALL YOU WHATEVERS YOU WANT MR MARLEY MAN. BUT CAN YOU PUT THE GLASS TUBE AWAY, BAWDWIN JUNYOR IS AFRAID OF THE SMOKE. IT NEVERS ENDS GOOD FOR ME!

Marley: Oh sure thing birdman, but if you ever change your mind, just hit up your boy. My parents are both lawyers have given me an allowance you know so I can get on my feet. Little do they know that all that money is going to Dale's Discount Pot Dispensary over on Hiiiigh St. Bam! (high fives with Baldwin Jr.)

Baldwin Jr.: OH OK! SO WHATS SHOULD BOSTONALONIALS LIKE MYSELF KNOW ABOUT CALLYOURADO?

Marley: Dude! There is so many great things out here in Colorado, and they are super family friendly, so you can bring all your kids! We have great dancing events like the Bake n' Shake, great culture and food from around the world at the "East meets West Hemp-isphere", and dating groups like "Marry-you-wanna?" Man it's the shizzy.

Baldwin Jr.: OH NEEATO! WOW, ME AND ALL MY BIRDY FRIENDS NEED TO GET DOWN THERE FOR SOME OF THIS! WELL, A-JAY SAYS I NEEDS TO ASKS YOU ABOUT THE BEECEE FOOTBALL GAME AGAINST THE WHAMS. WHATS DO YOUUUUU THINK?

Marley: (takes hit from bong made out of an Xbox controller, paper towel and old piggy bank). What do I think? Oh birdman, when you have a life like I do, all you can do is think........Looking at you I was just thinking, what if this whole world was a dream, and in reality we the humans are actually mascots, and the world is run by inflatable birdmen like you? What if I wake up someday, and realize that there is a small tiny man inside of me that runs my life and thoughts, and on the day we die, POW, he escapes and silently escapes to enter a new soul. Whooooa.

Baldwin Jr. : I HAZ TO ADMITS YOU IZ FREEKING ME OUTS. DO YOU FOLLOWS THE FOOTBALL?

Marley: Huh? Oh no way man, it's too violent. I'd rather just play around with the hack, and throw the friz out on any open grass I can find. Speaking of that, I gotta run, stash is running too low. You want me to predict the game? (Baldwin Jr slowly nods). I predict that when they come out on the field, both teams will realize that they love each other, and will hug it out and smoke some prime sticky-icky with their coaches!

Method Man & Redman: How High (Pt 2). Does anyone remember that horrible movie that came out in 2001 called How High? The IMDB summary tells you all you need to know "Two guys by the name of Silas and Jamal decided to one day smoke something magical, which eventually helps them to ace their college entrance exam." Which is exactly how Josh Gordon got into Baylor.  Of course you didnt see How High the movie, I can't imagine anyone saw it, I certainly didn't either, it looked awful. But wedged in the turd of a movie was a soundtrack that was pretty sick. Method Man many of you know was in the Wu Tang Clan, and was also in The Wire, while Redman I believe to be one of the most under rated rappers of all time. There is a Part 1 to this song, but I decided on Part 2 because the hook on Part 1 would probably give many of you an aneurysm. The video is particularly awesome as well, with an Animal House nod in the middle, but the college itself reminds me a lot of BC.

Brian - Still out on the west coast, watching this game with a strong cup of coffee because I believe this game starts at 4:30 Monday in Tokyo time. 30-23 BC - "Four touchdowns, a FG (say 1-of-2) and a missed PAT for the good guys."

Jeff - The international man of mystery may be at the game, he may not be. He may be right behind you as you read this. Who know? 31-17 BC

A.J - Where else would he be? Best believe he is at BC, testing out his new grill for some delish breakfast sandwiches and after game brauts/burgers etc. BC 38 Colorado St. 30.

Grant - Hoping to have his phone back sometime soon but feeling good about the game. 31-24 BC

Joe - Chilling with AJ, enjoying mamosas, beers and what not. "I'm worried about this game. But refuse to accept that we might lose after all the good feelings of the past two weeks from everyone other than Team Hucka Chucka. Let's go with BC 34, Colorado State 31, with Alex Howell playing the role of unlikely hero after CSU finds way too much success against us through the air. BC and CSU both put up 350+ yards of offense; commentariat blames Ryan Day for a non-convincing win over a non-power 5 team."

Dan - BAHAHAHA New Guy is missing this game for a wedding. Fall weddings and the people that plan them are the worst. 37-24 BC. BC can't stop the pass. Colorado state can't stop the run. B button turbo time for points.

Yours truly nailed the score PERFECTLY. Which skyrockets me near the top of the board. Everyone else did a nice job as well, but did I tell you I PERFECTLY PREDICTED LAST WEEKS SCORE??!!!

Going to make it to Alumni for the Parents Weekend game against Colorado St.? Got some good photos of your tailgate or the kickass new boards at Alumni Stadium? Make sure to put up your photos on Facebook, or if you want you can email them directly to me at bchysteria at gmail dot com. Please make sure you understand that by emailing them to us you are giving us the right to use your pictures on our posts!

Can Boston College win their final out of conference game? Or will the Rams shut down the Eagles?  Make sure to leave your predictions in the comment section.