Find out what Steve Addazio had to say about BC's victory over FCS Maine and this week's game against Colorado State.

On Monday, the head dude sat down with the media at his weekly press conference to talk about the Maine win and look ahead to this week's game against Colorado State. Full transcript here. Here are some of the highlights:

Obviously we're looking forward to trying to get win number four. After watching the film on last week's game, I thought we came out in the second half and played hard--not clean--but hard. The first half it didn't look like we had a lot of energy, a lot of juice out there. We kind of had to jump start the thing which I was a little disappointed in. In the end, we started getting things going. I thought we did some good things on both sides of the ball. We made some very lackadaisical, foolish mistakes early. I thought Maine came in with a great mindset. I wasn't really pleased with the first half, but it gives you something to really coach hard about right now in terms of the corrections we have and the preparation we have to do for a really good Colorado State team.

A pretty fair assessment of last week's performance. I didn't think that the first half was that bad--lackadaisical, foolish ... whoa whoa whoa there, Coach!--but it definitely gave the team something to work on as they prepare for Colorado State.

After watching [Colorado State] on tape, I'm really impressed with them on both sides of the ball. On defense, I think they're really powerful inside and athletic. On offense, they're really explosive. I think it's going to be a really good football game against an outstanding opponent. I'm extremely impressed with the job coaching there. They're a well-coached, well-put together team. It looks like they've recruited really well. On offense they're averaging 172 yards rushing, 340 yards passing, 512 yards per game, 34.7 points. The quarterback Garrett Grayson is outstanding. He's 66-for-112 [in completions]. He has 993 yards, eight touchdowns, two interceptions; he's an outstanding player. Their running back, Dee Hart, was at Alabama. We recruited him at Florida. He's a really great player out of high school. I know he's had some injuries at Alabama, but he's outstanding. The wide receivers are really good; they are a good group of wideouts. I think they're very talented.

On defense, they returned six starters. Their inside linebackers Max Moore and Aaron Davis, defensive end Joe Kawulok are really good players. I think they're very powerful. They remind me of Pitt interiorly with the 2-2 technique. They're really stout. They really run to the ball. I think we have a very formidable opponent. We have a lot of respect for them, and I think they're outstanding. So, it'll be a tough game.

Addazio continues to impress with his knowledge of the upcoming opponent. These new guys are just a different breed of coach.

On graduate guard Bobby Vardaro and the injuries to the offensive line...

The guards are a big part of our game. We're a big pull gap scheme team, counter power. Bobby's done a good job; he's worked hard. Vardaro and Harris [Williams] are two veteran guards right there. We were already down one, now we've got another one in jeopardy. But it is what it is; we've got to get going. Jon Baker stepped in and he did a good job. Dave Bowen did a good job. So we just have to keep rolling. It's football. As I said to the kids, we really have to run this gun lap. We have a bye week after this, so we have to really go this week. We have to have a great week of practice and we have to accelerate.

Biggest lingering injury question for the Eagles is the status of Bobby Vardaro. With the emphasis on the ground game, BC can ill afford to be without both starting guards for long, though the backups have acquitted themselves well.

On the development of the passing game...

We're running the ball so well, we're not just going to throw it to throw it, but I feel like when we do throw the ball, we haven't been consistent at all and that's bothering me. We're missing those big play-action strikes we had a year ago. What's happened is that we've replaced some of that with option football, and that's where Tyler [Murphy] is getting some of those big hits. We used to have the power game and the play-action game. Now we have the power game and the spread-option game. We're working really hard. It's not a lack of the proper scheme; it's not anything like that. We just have to protect, throw and catch. We've hit some and we've lost some. I feel like we haven't been consistent enough there. I'm not going to throw it just to throw it. That's just not the way I'm wired. It's about winning the game.

The issues are the issues. There will come a time when we'll need the throw game to win the game. But it's so fragile for us that I'm not going to expose us. I'm going to win as many games as I feel like we can lock into and win, and I'll deal with it as it comes as opposed to putting a game in jeopardy just to prove a point that we're going to go out there and work on the throw game. Then you put yourself in harm's way for a game you should and need to win.

"We're not just going to throw it to throw it." THANK YOU. This is all I've been saying. Balance for balance's sake is not a winning formula with the weapons BC has at its disposal in the passing game; weapons, mind you, that probably aren't going to get appreciably better with 1/3 of the season already in the books.

/ comment section devolves into 50 comments of back-and-forth between #TeamHuckItChuckIt vs. #TeamGroundAndPound
// throws computer out window

On freshman Marcus Outlow and the depth at running back...

We've been watching [Outlow] in practice. He's a talented guy and he's really developing and working on learning the offense and consistency. We were looking for an opportunity to get him on the field. He got a chance against Maine and he made a big play on the throw game out of the back field and he ran the ball well. I was really happy for him. We've been saying all along, he's a real talented guy. He and Jon Hilliman - and Richard Wilson who we haven't played yet - are all very talented. It's a great future for us here at BC. Of course we have Tyler Rouse and Myles Willis who are established guys as well. With the amount that we run the ball we need stable backs. We've been pretty fortunate until the end of last year, where Andre [Williams] had that shoulder issue. If you run the ball you need to have that and keep them fresh. It was exciting to see [Outlow] make plays in his debut. He's got great hands and a lot of power in his legs. He's not a small guy either, he's 210 pounds. I think Jon Hilliman is closer to 220. Those two guys complement each other real well. They have different styles; it's fun to watch. And of course Myles is very productive for us, he's a burst guy, especially with all of the spread run game we are doing right now, a lot of shot gun. Tyler Rouse is a great competitor; he has produced well for us too.

I love that Tyler Rouse and Myles Willis are the "established guys," which means "sophomores" in coach speak. Future is extremely bright for the Eagles backfield.

On the development of the freshmen...

By necessity, we brought Jon Baker along really slow. We felt like he was ready to go and by necessity we had to play him. Along that line of thinking, now that we've played him we have to play him and get him game-ready for this season and next season.

A lot of freshmen are playing. They're all getting game experience and developing in anticipation of the rest of this season and next year. You don't want a team where no one has been on the field. There's nothing like being in the game to accelerate your growth. It's the best way to develop.

On the development of quarterbacks Tyler Murphy and Darius Wade...

Tyler has done a great job. He's continuing to grow and is getting better every week. He's developing too; he hasn't played a lot of ball. And of course we got [freshman] Darius Wade in the game a little bit on Saturday too, which is great. He threw some beautiful balls. He needs to play a little this year. It will be tough to do that. But whatever reps you can give Darius is going to help him as he moves forward. Any reps will be good. And we run the quarterback so he's vulnerable, the other guys have to be ready to roll. 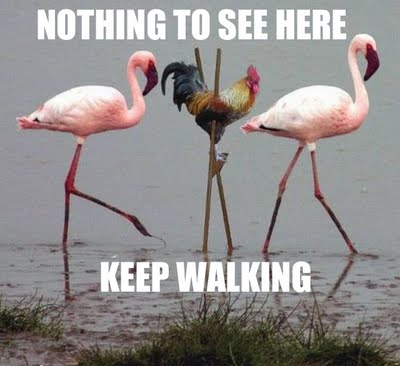 Anything else stand out to you? What do you wish Addazio had addressed? Leave your thoughts below.