When: Saturday 12pm, Alumni Stadium
TV: You Can Watch Online Here
Radio: N/A
Vegas Odds: BC is a heavy favorite in this matchup
Parking: Available on-campus, no tailgating though

The Jay McGillis Spring Game kicks off tomorrow, one final look at the team before the long football-less summer months. While it's only an exhibition game, and Addazio has made it abundantly clear that this game is for the players and not a full unveil of the playbook, this should still give fans lots to digest over the next four months. The format has changed, the coaches have changed, let's take a look at the biggest questions going into this game

1. What Will Patrick Towles Look Like?: Clearly the biggest name fans should be looking out for is transfer QB Patrick Towles, the presumed starter going into 2016. Lots has been made about his arm, and concerns over his decision making while at Kentucky. What will he look like here? Even though the spring game is only an exhibition, and the playbook might be pared down, it should be interesting to see how he does against teammates who play on one of the best defenses in the country.

2. Davon Jones, What Is His Role With The Team?: As Eric Hoffses pointed out earlier, Davon Jones fill the role that Sherm Alston left when he transferred. How are his hands, and speed? As someone who didn't play a snap last year, it'll be exciting to see what he gives the offense.

3. How Have The Defensive Players Matured? The loss of Steven Daniels, Justin Simmons and Connor Wujciak clearly are not small losses to the nation's best defense. But there is a ton of talent on this side of the ball including Truman Gutapfel, Matt Milano, Harold Landry, Will Harris and Zach Allen. Are they ready to be stars? Can they take over a game? We shall see on Saturday.

4. Offensive Line, No Repeats of 2015, Okay? Probably the biggest question. All of the other factors won't matter on offense if the line repeats what happened in 2015. Addazio seems positive about them, the players have beefed up, but how will they play.

5. Will This Be The Year The Kicking Game Becomes An Asset Not A Liability? We all remember how 2014 ended. We remember these troubles seeping into the start of 2015. But by the end of the season, Colton Lichtenberg had become a pretty reliable kicker. Was he perfect? No. But he against Notre Dame and Syracuse he made two good kicks, something we hadn't seen since Nate Freese. Can he continue that maturation? Gosh I hope so. 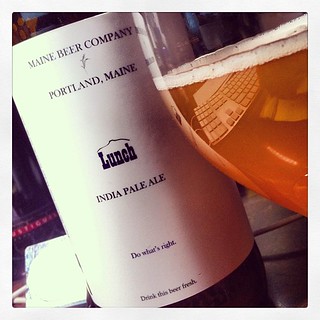 This brewery's entire selection is about as perfect as it can get. If you can find Lunch on tap at your favorite restaurant you know why I put this beer on the list. This IPA is brilliant. Hoppy, yet not over the top hoppy, with a nice flavor that begs you to try another. If you haven't tried this beer before, I am sorry, but the positive news is that Lunch is found more and more in packies and bars in the Boston area. Try it. Now.

Song of The Game: Can I Kick It? A Tribe Called Quest

This kind of links to my Burning Question #5. Of course I had to choose A Tribe Called Quest, who lost Phife Dawg last month. Fusing jazz with hip hop, this group remains one of the greatest of all time, just a major bummer that they won't be putting out any new music ever again.

Predictions: (Due to the fact that no one on god's green earth knows how BC usually scores this game, I asked for a player that will raise eyebrows on Saturday. Here are some of the names that came up)

Eric Hoffses: I'm going with Ben Glines on offense and Connor Strahan on D. I think fans will get a taste of the skills Glines was displaying last summer.

Grant: I'm all about Patrick Towles. Kid is going to be good. Because. Why? He's on third, and I don't give a darn.

Dan:It's perfectly reasonable that Patrick Towles will receive the majority of attention, but people should be watching for the performance of Darius Wade. The QB position was under so much fire last season that it'll be interesting to see how he's progressing after his ankle injury. In terms of development, Towles is going to be a fully developed fifth-year guy, but Wade is still progressing as a QB. Since it stands to reason that he's still the future, it's worth watching him.

Because scoring in the spring game is typically different and coaches can put in different scenarios as they see fit, I don't think giving a score prediction might fit here.

AJ: I think this is going to be another one of those games where defensive players catch our attention. The name that I keep hearing about this spring is Zach Allen. Incredible quick, and strong, I'm thinking he is going to light up whomever he is lined up against, and get some major QB pressure.

What do you think? Leave your thoughts and comments below. Go Eagles!