You can get a glimpse of the new court design at an open practice this Saturday, from 1-2 p.m., inside Conte Forum.

A few assorted thoughts on the new design:

-- The first thing that stands out immediately is a lack of maroon on the floor. The maroon baselines, sidelines and free throw lane have been replaced with a two-tone wood design. The key is now the same color as the rest of the court (used to be maroon), while the three point arc has the darker wood flooring used along the baselines and sidelines.

-- The conference's new, Atlantic-10 / Big East logo lovechild is now in black (?) beneath both free throw lines. The ACC's old logo, which wasn't broken but ... you know, brand, used to be gold and contrasted with the maroon-painted free throw lane. Before the conference switch, an italicized "EAGLES" wordmark appeared below the free-throw line.

-- Over the past year or so we've seen the gradual phasing out of Boston College's various italicized wordmarks. That trend continues with this new court, with both "BOSTON COLLEGE" and "EAGLES" written in the school's newer block letter font.

-- "BOSTON COLLEGE" has replaced "EAGLES" along both baselines. The "EAGLES" wordmark has been moved to the sidelines at center court.

-- Both the "BOSTON COLLEGE" wordmarks along the baseline and "EAGLES" along the sideline are in white lettering with what appears to be maroon trim. Can't say I'm a huge fan of this. I'm not sure how good this will look on TV, but I fear that it will be hard to make out the school's name or nickname. Plus, you kinda just want to take a maroon sharpie and start filling in the letters idk.

Overall, it's certainly a new-look design for the new-look Eagles and a pretty big departure from the design over the last few seasons. Below you can compare the old court design with the new. 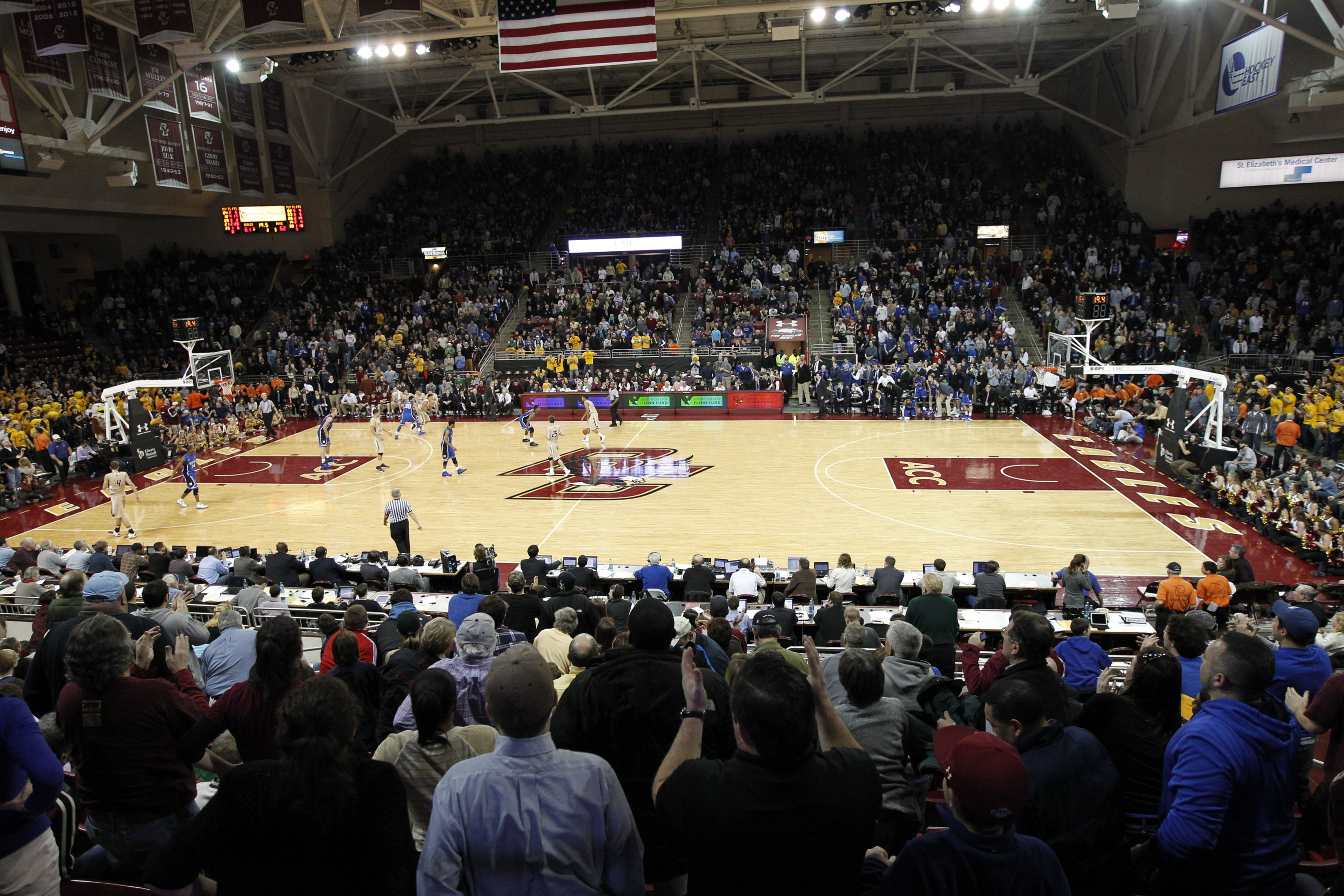