Freese tied with Ohio's Josiah Yazdani as the nation's most accurate field goal kicker and was a blocked extra point away from perfection in his final season on the Heights. The Strongsville, Ohio native was a perfect 18-of-18 in field goal attempts and 39-of-40 on PATs, including 2-for-2 on field goal attempts of 50 yards or more. Freese's second chance, 52-yard field goal as time expired gave the Eagles a 29-26 victory at Maryland. 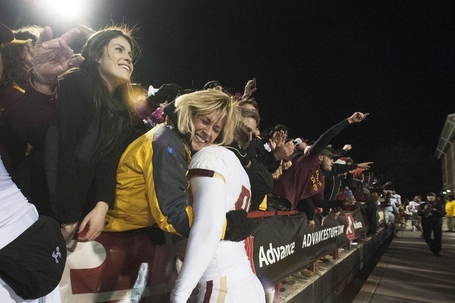