Questions abound. But there is beer, rap songs, and predictions to answer that!

Share All sharing options for: Boston College Vs. Maine: Final Thoughts And Predictions

College football is finally here! After waiting over nine months for it to return, BC football is back with a much vaunted game against the powerhouse Maine Black Bears. I can't tell you how excited I am to bring back our Final Thoughts and Predictions. It's all back. The Beer selection. The rap song that all the commenters will complain about. The Prediction Game. And of course....CAW CAW

There are a ton of big questions going into this game. How will the offense differ under Darius Wade then it was under Tyler Murphy? How will young cornerbacks John Johnson and Isaac Yiadom handle being starters? How will a relatively inexperienced offensive line look? How healthy is guard Harris Williams and defensive end Mehdi Abdesmad? What can Bobby Swigert give you as a receiver? How many touches a game will Sherm Allston get this season? Is this front seven really as good as it looks on paper? Will Jeff Smith or Troy Flutie see playing time if this game gets out of hand? If so, who will get it first? How will Elijah Robinson handle his transition to wide receiver, and what will he give the Eagles? How will Alex Howell look as the field goal kicker.

How many fans will actually show up for this FCS game? To build on that question, how many Superfans will show up? Will it be so hot out that half the stadium melts on the aluminum bleachers? What gameday changes has GameOps made from last year? By the 4th quarter how many fans will be left in Alumni? Why do people schedule weddings for the fall?

What To Drink During A Marquee FCS Matchup: 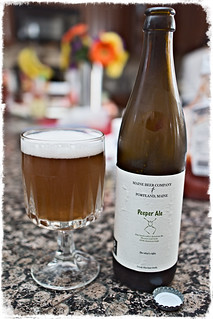 Maine has an awesome selection of local breweries, but I had to go a little more on the obscure side for this one. Maine Beer Company is a beer you can find at a lot of Craft Brew Liquor Stores in New England, and on tap at bars that have an eclectic mix of beers. Peeper Ale is a Pale Ale, so it's not as hoppy as a IPA, and with it's lower alcohol content it's is perfect for tailgating. I refuse to drink Octoberfest/Pumpkin Beer before October, and wanted a beer a little on the light side, so try this one, it's refreshing on a hot late summer's day.

Baldwin Jr: CAW CAW! I CANT'S BELIEVE THATS YOU ALLS WANTED BAWDWIN JUNYOR BACK FOR YET ANOTHER YEER OF MY PREDILICTIONS AND TALKINGS! TODAY I AM SO SO SOOOOOOO EXCITED TO HAVE BACK A BERRY SPECIAL FRIEND OF MINE HERE TO TALK THE FOOTSBALL, MY GOOD FRIEND, DON TRUMPED! 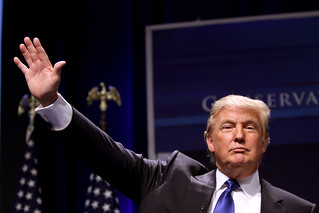 Donald Trump: Thanks for having me here Baldwin. Of course I should be on every post, because I am the most deserving person in the world, and who knows college football better than me?

Baldwin Jr: THIS IZ SOOOO COOL. DON, WHAT DO YOU THINK OF BEECEE'S HEAD COACH AND DUDE STEVE DAZ?

Donald Trump: This guy is a real winner. I'm all about protecting what is valuable to you, and keeping your borders secure. I was reading that Steve Addazio wants to build a fence around New England. I never thought of doing that, here is a guy who thinks outside the box. When I become president, I'll find a position on my cabinet for that man.

Baldwin Jr: MISTER TRUMPED, YOU SEEM TO REALLEE REALLEE LIKE THE BEECEE!

Donald Trump: Of course I do! I signed Doug Flutie in the USFL,  and he came to play for my New Jersey Generals!

Baldwin Jr: ME NEVER HEARD OF THE GENERALS. ARE THEY A SUPER TEAM THAT MADE U BILLIONZ AND TRILLIONZ OF MONEYS?

Donald Trump: Nevermind that. The American public was too stupid to understand the brilliance of that league. What I wanted to tell you is that Boston College is a beautiful campus, but one that lacks luxury and class. If I become president I have a plan to fix your college

Donald Trump: Step one, we tear down those disgusting mods and instead put up Trump Tower Chestnut Hill, it will be the most beautiful, most luxurious high end apartments for students with 120 blackjack tables, and 20,000 slot machines. Secondly, I hear you have problems with the neighbors. Well, I have a plan for that. A 20 foot wall built all around campus, with armed guards. Complain about tailgating now Newton residents! Finally, you have a multi billion dollar endowment, let's spend it all! Take Alumni Stadium out, build a state of the art facility with a retractable dome and 90,000 seats, take out Lower Dining Hall and put up a Guy Fieri Kitchen and Bar. Brilliance, that is my middle name.

Baldwin Jr: WE IZ RUNNINGS OUT OF TIME MR. TRUMPED. DO YOU HAVE A PREDILICTION FOR SATURDAYS GAME AGAINST THE MAINE GUMMMY BEARS?

Donald Trump: I think BC is going to win 56-0, because Maine is a backwards state filled with pathetic losers.

Baldwin Jr: WOW! YOU NEVER SEEMS TO BE WRONG ABOUTS ANYTHING MR TRUMPED! YOU HAVE BAWDWIN JUNYORS VOTE IN THE NEXT PRESIDENCY ELECTORATE! TRUMPED IN 2016! CAW CAW

Wu-Tang Clan- Da Mystery Of Chessboxin': I've picked the Clan for a bunch of songs on here, and for good reason. They are collectively the best rap group in the history of the genre, and Enter The 36 Chambers may be the greatest rap album of all time. And I know someone on here knows all the members of the Clan and can probably rap them like ODB did at the beginning of M.E.T.H.O.D Man. On their own each rapper have their moments as solo acts, but put them together and you have one of the best albums of all time. This song also happens to have one of my favorite Ol' Dirty Bastard versus of all time. I picked this song because of one of his lines, which I hope exemplifies what Boston College is going to do to Maine. "I'm just cherry bombin' s***, BOOM!"

Here we go, it's all Eagles across the board

A.J -  Will be at the game, at least for the first half. Wifey was kind enough to let me go to a one o'clock game, even though we have a 5:30 wedding to get to. Now that's a keeper. 44-10 Boston College (one missed extra point, gulp)

Joe - At AJ's tailgate, moving down from the upper deck and probably grabbing any seat he wants. 31-17 Boston College

Dan - The third member of the BCI team at the game. 40-6 Boston College

Laura B- She may know more about hockey, but she's ready to kick the testosterone out of the guys in this competition 31-7 Boston College

We have a champion. No, the football guys Dan and AJ (even after almost his second) did not win, and Brian the blogdad didn't win either. Grant is the reigning champion. I don't even know how that happened. All bow before your new overlord, Grant Salzano!

Anyone going to the game?  Will you be watching the game at home on ESPN Ocho? Feeling kind of blah for another FCS game? Or watching it somewhere else for a BC meetup at a bar? Make sure to put up your photos on Facebook, or if you want you can email them directly to me at bchysteria at gmail dot com. Please make sure you understand that by emailing them to us you are giving us the right to use your pictures on our posts!

Will BC lay the hammer down on the Black Bears? Or will the offense struggle? What will the outcome be? Leave your predictions in the comments. Go Eagles!