College Football as Futbol: Knockout Round Results and National Champion

Who would take home a National Championship if the 2013 college football season was played in World Cup format?

Share All sharing options for: College Football as Futbol: Knockout Round Results and National Champion

After the completion of group play in our 2014 College Football World Cup, we've reached the knockout round of the tournament. To recap, here are the results from the eight groups: Group A, Group B, Group C, Group D, Group E, Group F, Group G and Group H.

And the teams advancing out of each group:

The knockout round actually produces some pretty compelling matchups. I mean, you'd watch ... 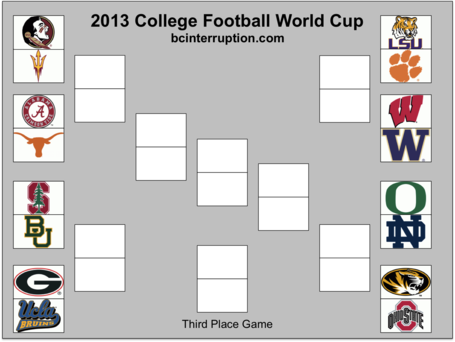 Again, using the very first simulation from whatifsports.com's game simulator, here are the results of the knockout round of the tournament, including a surprise National Champion:

After the round of 16, the quarterfinals shape up thusly: 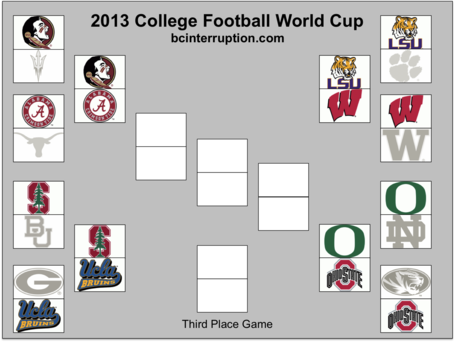 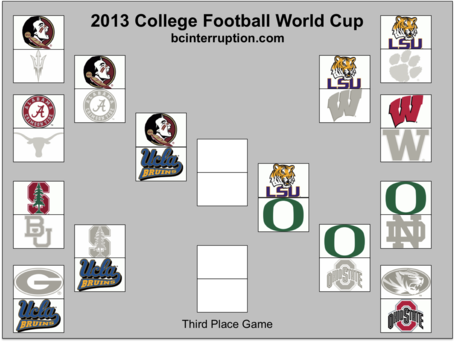 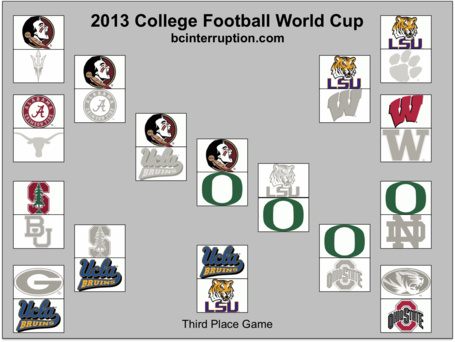 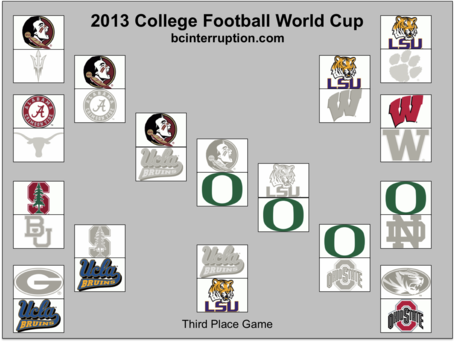 Of course this will never happen, but it's interesting to see how the college football postseason would play out in this format. It sure beats the present system -- a four-team playoff combined with a slew of meaningless bowl games sponsored by random corporations.