Share All sharing options for: Boston College Daily Links: Graduation Day at BC

Good morning, happy Monday, and happy Commencement Day to the Boston College Class of 2014. Best wishes for what's ahead - and always remember to keep in touch with the Heights.

Athletic Director Brad Bates hosted a reception for the graduating seniors from the BC athletic program over the weekend, and shared some photos on Facebook: 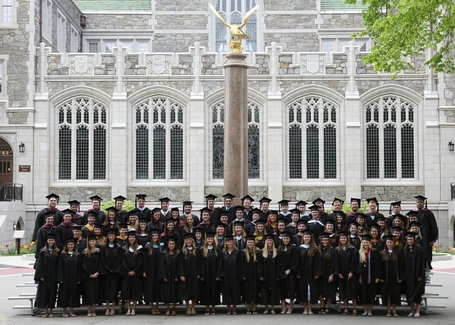 The senior class as a whole 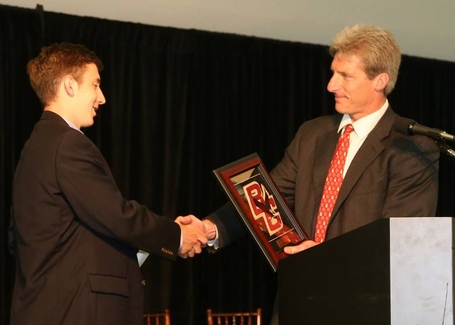 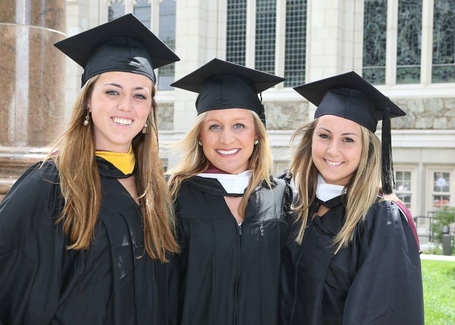 Again, you can check out the whole gallery on BC Athletics' Facebook page. Congratulations to all!

Maccabi Electra Tel Aviv were crowned the 2014 Euroleague champions on Sunday, beating Real Madrid 98-86 in overtime. After hitting the game-winning layup in the semifinals, Tyrese Rice, who scored 21 of his 26 points in the fourth quarter and overtime, picked up MVP honours.

The United States hockey team picked up a huge 3-1 win over Finland at World Championships that clinched their advancement into the quarterfinals. They have one group game left, against Germany on Tuesday morning. The US can finish 2nd, 3rd, or 4th in Group B (Russia has locked up first place). With a win tomorrow, they'll finish no lower than third. Good luck to Johnny Gaudreau, Kevin Hayes and Jimmy Hayes as they continue their quest for a medal.

In other hockey news, good luck to Chris Kreider in avoiding arrest by the Royal Canadian Mounted Police as he has become Public Enemy #1 in Montreal for bumping into Carey Price during the Rangers' smackdown of the Habs in Game 1. For my Rangers fan friends whose team hasn't played a series against Montreal in a long time, brace yourselves, this is how it goes every day - a new faux outrage every game, especially if <<Les Glorieux>> lose.

Call in the constables!

The Rangers' stint as "America's (and much of Canada's) team" resumes tonight in Game 2.