Daily Links for Wednesday, May 14

The Penguins-Rangers series was guaranteed to produce some heroics by a Boston College alum, given how many of them were playing. Last night, Brian Boyle opened the scoring for the Rangers in a tight, 2-1 win over Pittsburgh to complete New York's comeback from a 3-1 deficit and boost them into the Eastern Conference Finals.

In other hockey news - and it sure feels like BC hockey season ended decades ago, doesn't it?, yet it's only been just over a month - Boston University added a major piece by landing possibly the top remaining uncommitted recruit, defenseman Brandon Fortunato:

NTDP U18 defenseman Brandon Fortunato has committed to Boston University, according to the Terrier Hockey Blog, and confirmed by other sources. Fortunato had previously been committed to Harvard, before re-opening his recruitment during the season.

Whether he would have chosen BU anyway, we don't really know, but supposedly BC no longer had space to recruit Fortunato for this year after Matheson officially decided to return, taking the Eagles out of the running. This is a good pickup for the Terriers, and makes their incoming class even more loaded. The talent level on Comm. Ave is going to be nuts the next couple of years.

ACC (Sort of) Unveils New Logo... That Basically Rips Off the Big East's Logo (Troy Nunes Is An Absolute Magician)

I mean, the old logo(s) weren't anything amazing -- though I did personally enjoy the map and seal thing they had going for awhile -- but why this? Might as well put some "woosh" lines on the left side. In fact, this would probably be the worst logo of the FBS conferences if not for the AAC and it's lopsided A with a star in it. 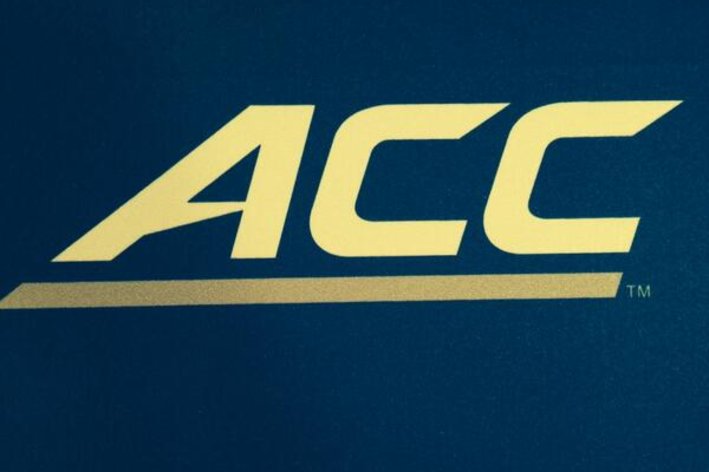 Some schools that leaned toward nine games ultimately accepted eight because of the rule that now requires all league teams to play at least one tough nonconference opponent. Miami coach Al Golden, a proponent of nine league games, said, "As long as we're using the same metrics -- that's a little bit different than everybody doing their own thing. That's all we want, uniformity within our league -- not just comparing our league to anther league, but within our league itself."

BYU deserves to be included in the new SEC, ACC schedule plan (SBNation.com)

Potentially having to play fewer games against the SEC and ACC would hardly be the end of the world for BYU football. But it would be a sign that certain powerful people in college football don't know much about the Cougars.

Boston College junior Covie Stanwick has been named the Brine Player of the Week, announced by InsideLacrosse.com on Tuesday.

Head coach Acacia Walker spoke to the press on Tuesday about the Eagles' 2014 NCAA Tournament run. Boston College made history twice in one weekend as the Eagles advanced to the NCAA Quarterfinals after an 8-3 victory over Loyola on Sunday afternoon. BC also defeated Bryant in the first round of the tournament.