Beer pairings, a rap video, and some final thoughts....

While most BC fans have been sucked into a vortex of athletics self loathing over the past few days, there is something to be excited about. Spring football is here, yay! The event that 500 BC lunatics look forward to every spring is back, after having last year's game cancelled due to the hunt for the Boston Marathon bombing suspects.

For whatever reason, BC Athletics has done a pretty poor job advertising this event, with only a few emails, a tweet here and there, and the entire BC coaching staff and players practically begging you to come. The focus this year is on family friendly events, which being a degenerate tailgater, has absolutely no appeal to me. But hey maybe I can get them to paint a bottle of Jameson on my face, or allow me to spear Baldwin. That would be pretty kickass. Lame events or not, I'll be there, because honestly why would I miss my last chance to see football until August, no matter what warped form it's in.

Will BC for the love of Jim Christian, please change the scoring system to something that approximates normal football? I don't want to see fumbles worth 10 points, and first downs worth 3.1425 points, and tackles are worth a hug and an Italian Ice. Make Tyler Murphy and Darius Wade captains, have the team line up on the 50 yard line and just like the school yard have them pick. Don't tell me that would be entertaining. The only thing that would a downer is the poor guy who would be picked last, poor poor David Dudeck.

Speaking of big questions: What are Darius Wade and Tyler Murphy going to look like? How quickly have they both caught on to Ryan Day's offense? And do we have enough wide receivers on the team right now to run a three receiver set? Will Josh Bordner actually make a catch, and if so how crazy will the crowd go if he does?

What will the running backs look like? With Myles Willis being the only real RB out there that really proven anything, can Addazio please resist running him 40 times? And has Tyler Rouse put on any meat in the offseason?

Defense wise, will the secondary be able to cover a rag tag group of receivers? Have they worked on their coverage schemes from last year, which in many cases involved face masking the hell out of whomever they were covering.

Punting and kicking.....Who's it going to be?

How many fans are going to show up for this one? Does Brad Bates have the cajones to put up a sign on the Jumbotron welcoming Jim Christian during the game? What BC alum will be at the game (Mark Herzlich is confirmed, Flutie is in the area this weekend). Can we please get Addazio on the mic at the end of the game, a la the NC State game? Because that kind of ruled. 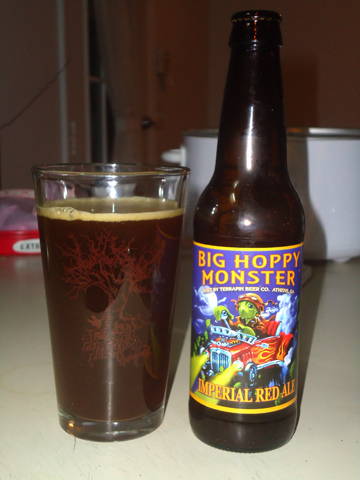 Over the winter I got myself into a lot of IPA's, and thought that was what I was getting when I found this bad boy. Boy was I wrong, but in a good way. It's certainly a red ale, without a lot of head, but it's really crisp and easy to drink. I was blown away by the flavor of the beer, which comes across with hints of caramel and hops. The only thing I wish was that I found this beer while Maryland was still in the ACC, because the name was almost too perfect. Is there a Cardinal Ale, or does Yum! Brands make a beer? Scratch that I don't want to know.

Back In The Day Rap Song: Welcome Back by Ma$e

Do ya'll remember Ma$e? He was Diddy's protege, rapped with a catchy monotone, and made some great songs with Bad Boys back in the late 90's, then all of a sudden he disappeared. Come to find out he left the rap game to become a minister, becoming Pastor Ma$e, and then as quickly as he left he returned. Well sort of. This was probably the only song that he has made in the past ten years that anyone may actually recognize. The video has a really funny introduction, and is a perfect fit to go with spring football. 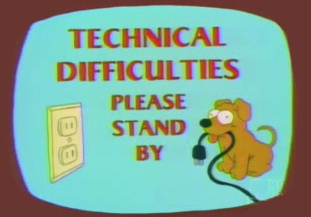 Are you excited for the Spring Game? Indifferent? Don't care at all? Are you going to be in attendance? Leave your thoughts in the comments. Go Eagles!