After two games on the road against the #2 and #3 teams in the nation, the Boston College women's basketball team was likely quite happy to be back home at Conte Forum last night. It showed, as the Eagles fought past the Miami Hurricanes 63-62.

BC is now 10-7 overall, and 2-2 in ACC play - 2-0 in home conference contests. BC is also now 7-2 in their last nine games. The program still has a long way to go to get back to where they were in the mid 2000s, qualifying for the tournament most years - but this is a good start, after a few years in the doldrums.

The team returns to the court on Sunday afternoon, capping off a very busy weekend on The Heights with a game against the #9 North Carolina Tar Heels. That will be a big measuring stick game for the Eagles.

In other basketball-related excitement in Chestnut Hill last night, KOBE!

Kobe Bryant is in Boston as the Lakers prepare to play the Celtics on Friday. Bryant isn't playing, as he's recovering from a knee injury. So he killed time on Thursday by dropping in on a few business classes at Boston College. 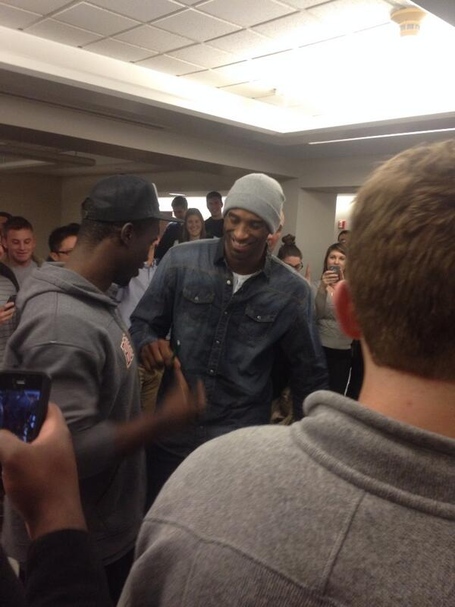 There's a pretty good hockey game happening tonight at Conte Forum, I think, based on the students lining up for tickets already as of last evening... pretty cool:

Kelley Rink'll be rockin tomorrow! Students already lining up for tix the day before the BU game - see you tomorrow! pic.twitter.com/mhoK8NV8QH 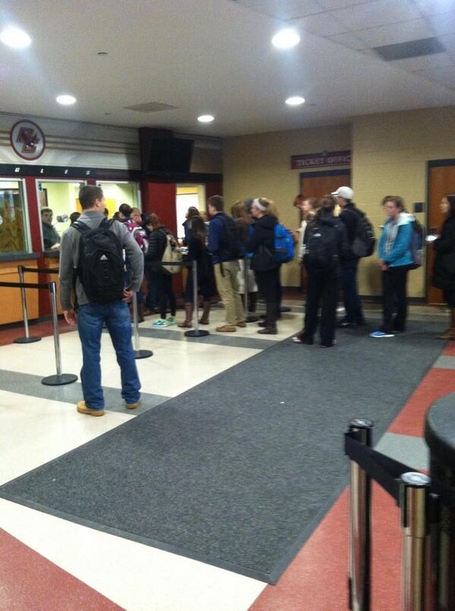 It's been a pretty darn good first week of the second semester for the sometimes maligned student fanbase. If they can bring the noise tomorrow without bringing the F-bombs from the Wisconsin game, that would be great.

How Do I Hockey? Q&A With Alabama Hockey - Roll 'Bama Roll

Previews of the games closer to home:

BOSTON COLLEGE vs. BOSTON UNIVERSITY The Battle of Comm. Ave returns to Kelley Rink on Friday night live on NESN. Friday marks the 264th meeting between the Beantown rivals with the Eagles claiming the first bout of the season at Agganis Arena, 5-1, on Nov. 8.

Terriers Set to Visit No. 3/4 Boston College Friday on NESN - Official Website of the Boston University Department of Athletics