A roundup of Sunday's BC action, plus a look at some football stories

It was a busy Sunday for BC athletics, with most of the news being good news.

The #9 field hockey team bounced back from their 3-2 loss to #1 Maryland with a 3-0 shutout win over Northeastern to improve to 8-2 on the season. They are looking like legitimate contenders at this point in the season.

McKenzie Meehan continues to absolutely ravage ACC competition for the women's soccer team. BC defeated NC State 3-2 on the road on Sunday on the back of Meehan's hat-trick. She STILL has the winning goal in every BC win this season. She's on a ludicrous tear.

BC softball also got in on the good day, winning a pair of fall-season exhibition games over Bryant and UConn.

The only bad news on the day was the volleyball team's 3-0 loss to #17 Florida State. 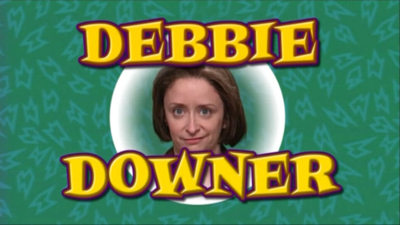 Another game, another jaw-dropping highlight for Florida State quarterback Jameis Winston. In what is becoming routine, the redshirt freshman quarterback made the nearly impossible look easy with his 55-yard touchdown pass against Boston College.

For about 20 minutes the Eagles didn't just stay with the eighth-ranked Seminoles, they outplayed them, jumping out to a 17-3 lead. Alumni Stadium rocked. This was unexpected. And yet that it ended 48-34 wasn't a surprise either, but it did say the Eagles didn't have to hang their heads. Their margin of error is slim against quality teams. The growing curve is ahead of the Eagles.

And your human-interest story of the day:

Falmouth native a Falcons fan for a reason: Her husband's the QB | The Kennebec Journal, Augusta, ME

The New England Patriots game Sunday night at the Georgia Dome against the Atlanta Falcons is being billed as a possible Super Bowl preview by some. For others, the stakes are much higher. "It wouldn't be bad to go home to Maine next summer with some bragging rights," said Sarah Ryan.

Former McAuley basketball star Sarah (Marshall) Ryan will be joined Sunday by a large group of family and friends from Maine watching her husband, Matt, try to lead the Falcons to a win over the Patriots.