The competition to name Boston College's 9-year-old male bald eagle mascot has a few finalists. Sadly, it doesn't look like BADASS BIRD OF PREY OF INFINITE MAJESTY or Luke Beakly made the cut, but there are still a few suitable candidates remaining. Let's break them down:

'Aquila' is the Latin and Romance languages word for 'eagle,' which, sounds reasonable. Aquila is also a constellation in the northern sky, representing an eagle who carried Zeus's / Jupiter's thunderbolts in Greco-Roman mythology. Thunderbolts? Sounds ... intimidating. 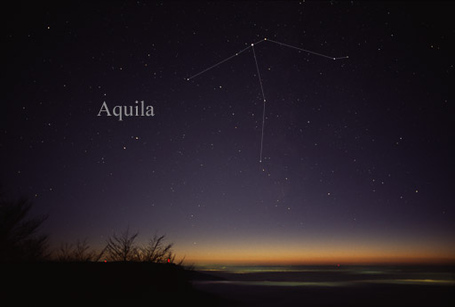 Boston College's live eagle mascot was named "Margo" in September 1961, the winning name in a student-run name-the-eagle contest. The name was formed by combining the first letters of the Boston College colors, maroon and gold, obvi. Many live college animal mascots have Roman numerals after their name to denote their place in the succession of live animal mascot badassery. Uga IX, War Eagle VII, Ralphie V etc. If the return of the live eagle mascot is all about bringing back some old traditions, this is a fine naming candidate.

Pros: Live eagle mascot tradition continuity
Cons: Margo is a woman's name of French origin, a diminutive of Margaret. BC's BAMF bird of prey is a 'dude' and not in a Don Brown sort of way -- he's a 9-year-old male bald eagle. 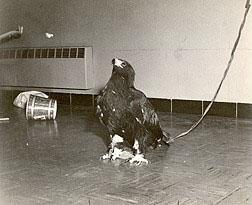 BosCo (Mix of BOSton and COllege)

Pros: No mistaking where this eagle goes to school
Cons: Sounds more like the name of a dog, no?

Ignatius is the founder of the Society of Jesus, considered a saint by the Roman Catholic Church. The main principle of his Jesuit Constitutions became the Jesuit motto: Ad maiorem Dei gloriam ("for the greater glory of God"). Boston College is a Jesuit Catholic school. You can see the connection here.

Pros: Hat tip to the founder of the Jesuit order. Boston College is the only Jesuit Catholic school playing FBS football.
Cons: Can a bird of prey be named after a saint? What are the rules surrounding this sort of thing? 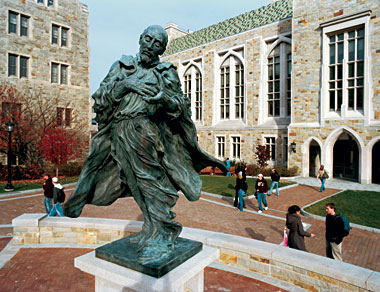 Pros: Eagle would look even more badass rocking a red bandana
Cons: Naming our eagle mascot after a real-life eagle hero like Welles has no drawbacks

You can vote on the name of BC's live eagle mascot here. The winning name will be revealed at the Boston College-Florida State game on Sept. 28.