Live Eagle Mascot To Return To The Heights

Share All sharing options for: Live Eagle Mascot To Return To The Heights

In what is arguably Brad Bates' best gameday enhancement yet, Boston College announced today that the university will have a live Bald Eagle mascot for the first time in nearly half a century.

The Eagle, who LOOK AT THIS GUY ISN'T HE A BAMF??, will grace Eagles fans with his presence at BC football games and will be available for you to meet him and take pictures, like how freaking cool is that??

The nine-year-old male bald eagle will be available for viewing and photos before home football games at the FanFest pregame ceremony in the Flynn Recreation Complex. Fans can learn about the eagle through an educational session and will then be given the chance to take pictures with the new mascot in a meet-and-greet.

I WOULD LIKE TO MEET HIM PLEASE. To hang out with this regal eagle you'll need to register for FanFest before the game (for free) at BC.edu/fanfest.

The Eagle doesn't have a name yet, but BC fans will be able to participate in naming the BADASS BIRD OF PREY OF INFINITE MAJESTY:

A naming contest will be run through social media during the month of September that allows participants to submit names for the new mascot. The name for the official BC Eagle will be announced on Parents' Weekend during the football game against Florida State on Sept. 28.

Bates has been making a big effort to improve the gameday experience, and this is an absolute home run. It's one thing to force a new tradition (the new-ish bronze Eagle outside the locker room that the players rub on the way on to the field kind of felt that way), but it's another thing entirely to renew an effort from over 50 years ago to bring EASILY THE MOST EPIC OF ALL POSSIBLE ANIMAL MASCOTS to campus to show off how freaking epic he is and generally be a badass.

BC's newest Dude, who with his razor sharp talons can literally snatch fish from lakes and rivers that are as heavy as himself like seriously just think about that for a second, comes to the Heights as part of a partnership with Zoo New England, who manages the Franklin Park Zoo and Stone Zoo. Zoo New England will be responsible for housing and caring for the Eagle, which is awesome because a Dude as cool as this one deserves to be treated like freaking royalty.

Now all we have to do is persuade BU to get a live mascot and have them face off between periods at the Beanpot. I'm pretty sure Terriers weigh less than fish...

EDIT: @BCAlumni was at the photo shoot and shared some photos with us. And if you haven't given them a like and a follow yet, you're doing it wrong. 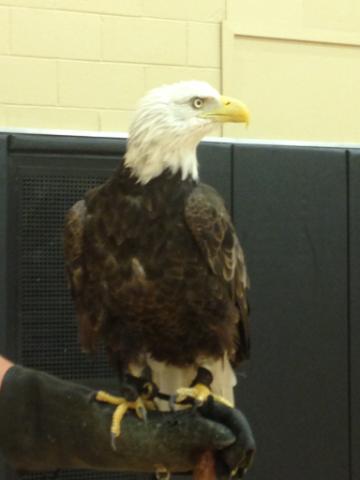 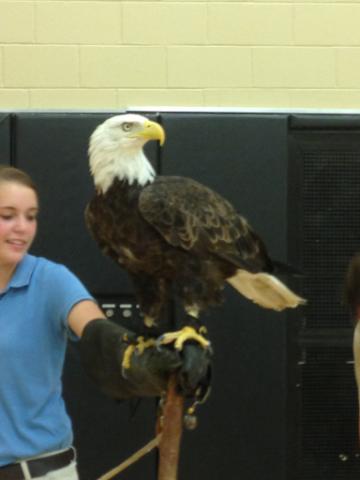 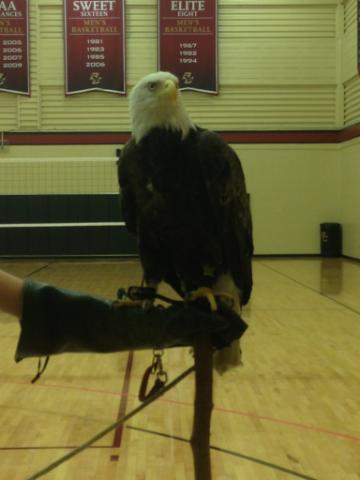 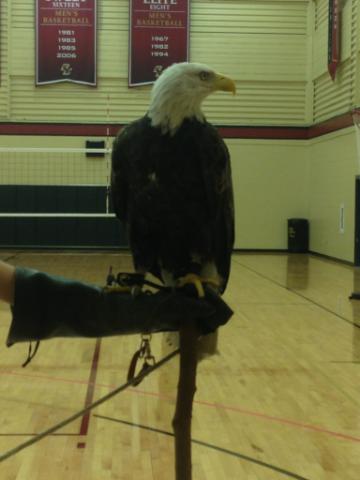 And finally, here's a photo of what I imagine is the moment that Jerry York walked into the Power Gym: 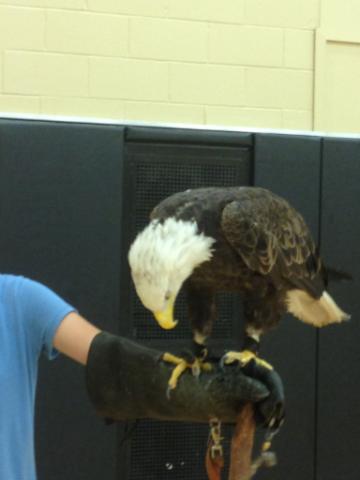