Boston College Football: One Month Until Football Returns To The Heights!

Why are we excited?

Share All sharing options for: Boston College Football: One Month Until Football Returns To The Heights!

July is coming to a close, and that only means one thing. College football practice is almost here, and Boston College football kicks off in a month. Well technically 31 days, but that counts right? Around these here weblogs excitement has begun to grow, and for others they are still skeptical about the Eagles chances this season. Even so there are many, many reasons to be excited:

Yes King Frown Face is gone. When I asked on Twitter what you the fans why you were excited, the loss of Frank From Hingham was the overwhelming favorite answer. Believe me, this would be one of my top answers too.

With the new regime, we can look at this season and see potential for change. And hey that is a good thing finally! Unlike years past where you look at a matchup and say "Oh BC will lose this", there is more optimism, and the feeling that hey maybe the Eagles will "dude" up and take a win you didn't expect. And with the way the coaching staff is working up the kids, you know BC will not come out of the gates flat.

If you have been paying any attention to BC sports this offseason you have heard the new and dynamic coach of Boston College. He has drastically changed how BC approaches everything including training, weight lifting, and relationships with recruits, students and media. He has been all over ESPN and WEEI the past few months, giving face time to a program in need of it. Now it's time to see what he can do on the field. By the end of this season he is going to make dudes of all us.

The Frank Spaziani Cushion is finally gone. If you haven't heard that term before, the Spaz Cushion is lining cornerbacks up 7-8 yards back to prevent wide receivers from burning them. Well that worked well when we had guys like Mathias Kiwanuka and Luke Kuechly, but as we saw last year we don't have the talent to do that. Don Brown is going to ratchet up the defense, bring pressure and get after the quarterback. I don't care if BC gets beat deep occasionally because of this approach, it's better than dying from a million paper cuts. 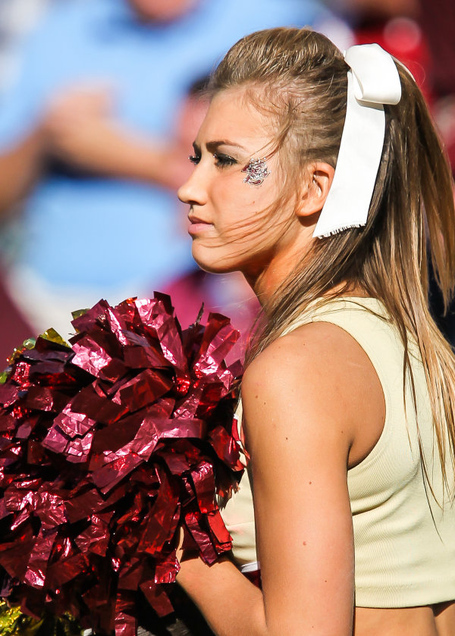 Boston College AD Brad Bates has already announced some of the new features of football gameday. These include parking at the St. John's Parking Lot, a series of tents that will serve food, beer and show the most current games, and a student ranking system to help BC students earn tickets to better games. I have no doubt that Bates will be incorporating more pregame and game time improvements for this upcoming season.

One of my favorite parts of the fall is meeting in the Beacon St. Garage and sharing a pint or two of beer, eating buffalo chicken dip, and talking about the upcoming opponent. It's like a rite of Fall, each week different friends show up, decked in their maroon and gold, all excited about the game. The group changes, but the undying love for our program never dies.

Honestly I miss screaming "For Boston" at the top of my lungs during a BC win, counting out the score and yelling "We Want More!", or freaking out when the Eagles come barreling out of the tunnel after touching the Eagle. I miss Baldwin, I miss hearing John Meterparel go bonkers on the radio. I miss hugging a complete stranger who is sitting next to me at the game. I miss feeling pride in my college football program. I miss BOSTON COLLEGE FOOTBALL.

One more month until kickoff. Can't get here soon enough.