Share All sharing options for: Boston College Daily Links: Football Will Finish Last In Atlantic Division, According To Preseason Mags 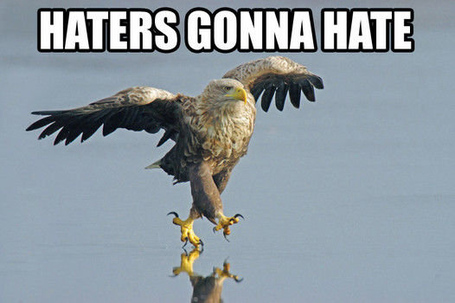 NCAA Severs Ties With EA Sports (Backing The Pack)
That's all years down the line, but the NCAA's decision to cut ties with EA Sports is fascinating for its possible implications regarding the governing body's mindset. Ed O'Bannon got 'em runnin' scared, man.

Bracket reveal: 2K Sports Classic (ESPN Men's College Basketball Nation Blog)
Most of this preview is spent slobbering the Huskies. Small BC shout out / preview towards the bottom. It's like we're not even playing in this event.

Q&A With Logan Hoggarth (BCEagles.com)
Boston College Sophomore Logan Hoggarth is playing for the Baltimore Red Birds in the Cal Ripken Collegiate Baseball League. Hoggarth is currently batting .255 with 11 RBIs and five stolen bases. The Red Birds are in fourth place with a 20-14 record in the CRCBL.

The numbers behind FSU's ACC domination (newsobserver.com)
Florida State dominated the ACC last season in football last season. The Seminoles won seven regular-season games and the ACC title. FSU was really good. Sometimes you don't need advanced stats to tell you the obvious but sometimes they can explain just how good a team was.