Not only are Boston College and Connecticut renewing hostilities on the hardwood, but the two schools could also be looking at restarting a non-conference football series as well. According to The New Haven Register's David Borges:

According to multiple sources, UConn and BC have been in discussions about meeting in non-conference games in coming years. Warde Manuel and new BC athletic director Brad Bates both know each other from their Mid-American Conference days (Manuel at Buffalo, Bates at Miami of Ohio), and there have been conversations about the Huskies and Eagles meeting not only in men's hoops but in football, as well (though basketball seems more likely to happen at this point).

Hard to say whether this nugget is simply another strategic plant by sources with UConn's best interests in mind or whether an actual non-conference football series is imminent. You'll recall that Connecticut Governor Dannel Malloy, a double Eagle, was calling on the two schools to bury the hatchet and re-establish non-conference series in football and men's basketball not too long ago.

Boston College and UConn inking a deal for a new non-conference series in football has a certain air of inevitability. In addition to the two schools' ADs knowing each other from their #MACtion days, Borges left out the most obvious connection between the two department's leaders -- both are Men of Michigan, having missed playing on the same Wolverines football team by only a few years. 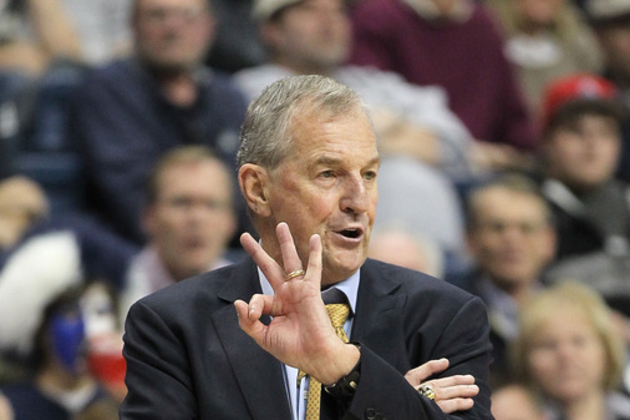 IF the two New England schools separated by just 80 miles are going to re-establish a football series, I would hope that the Boston College-UConn series is renewed on BC's terms. Bates has to understand that the school is operating from a position of strength here as UConn needs a non-conference football series with BC far more than BC needs one with UConn. That's not meant to be arrogant; merely to point out the obvious that UConn stands to gain much more from playing BC than vice versa.

Bates also needs to balance any non-conference series with UConn with the promise of seven home games a year going forward, especially following this coming season's scheduling crunch / @ New Mexico State fiasco. With four ACC road games a year, that leaves just one slot per season for a non-conference road game if BC is going to maintain an annual seven-game home schedule. Once factoring in road trips to Notre Dame (2015) and Ohio State (2020), this leaves little flexibility for the program to play at the Rent at an every-other-year clip.

What I'd like to see happen, IF BC and UConn are to renew, is for the Huskies to get a similar deal to the one BC and UMass recently inked. Play two games at Alumni Stadium and one at the Rent over a 5-6 year period. Ideally the games against UConn and UMass would be staggered in alternate years to minimize the number of local non-AQ, non-I-AA programs on the annual non-conference schedule. Say, at UConn in 2017 with return trips to Alumni Stadium in 2019 and 2021.

This would give BC its one non-conference road game in 2017 as well as (hopefully) provide a boost to the odd year home slates of Florida State, N.C. State, Wake Forest and Virginia Tech. BC could then cycle through with another 2:1 with UMass before re-upping with UConn, should UMass decide to stick with its commitment to fielding a I-A football program.

If BC-UConn football is truly inevitable, Bates needs to structure this deal in a way that ensures a seven game home schedule without sufficiently limiting the opportunities to travel to face a BCS AQ program. Otherwise, what's Army and UMass up to in, say, 2017-2024?