Maroon is the new black.

It's a new year. Time to go through that closet and make some cuts from your wardrobe. Let's review what the football program wore in 2012 and update these looks for the new year.

Updated for 2013: Don't change a thing. This should be the standard home uniform. Maroon tops, gold pants, traditional helmet. 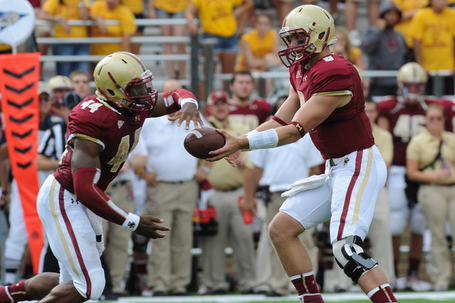 Updated for 2013: This combination should be retired after this last season. If the team insists on keeping the white pants in rotation, they should be worn as part of the all-white road alternate uniform. This combo just looks off. 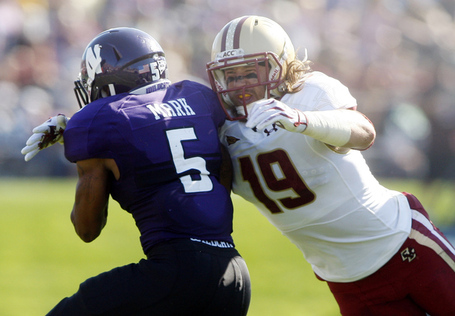 Updated for 2013: I don't mind the white-maroon combination, but the team has to ditch the triple-stripe, stained glass helmets. BC has won all of two games wearing the road lids and they just scream Spaz era of BC football. It's time to go back to the traditional gold helmet with the single maroon stripe. 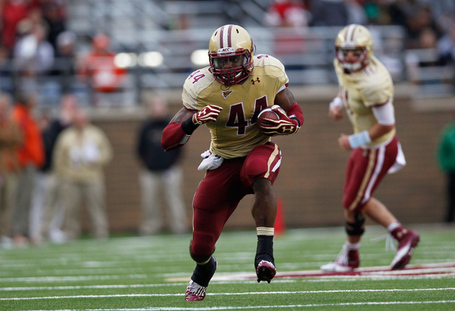 Updated for 2013: The triple-stripe, stained glass gold helmets should never, ever, ever, ever, ever be worn at home. Really, those lids just need to go away for good. I didn't mind this uniform combo, but didn't love it either. Would be nice if the uniforms were actually gold. Or cheap (Superfan) yellow. Not Vegas gold. Not sure how I feel about gold tops at home either and would probably prefer if the program always wore maroon at home. 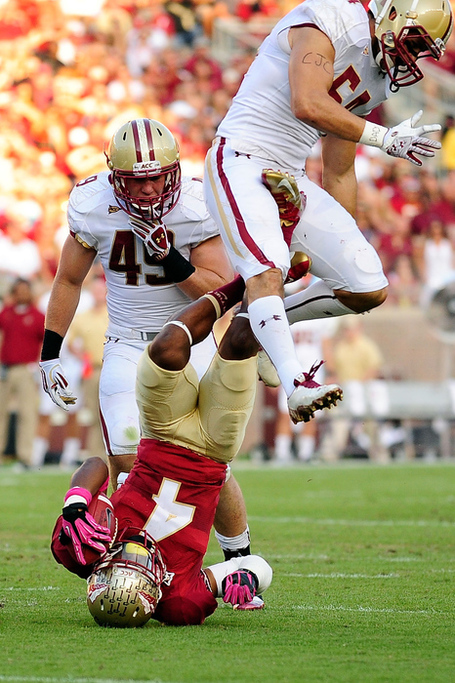 Updated for 2013: I don't mind the white-on-whites as an alternate road outfit though there are better combinations (see below). No to the triple-striped helmets. 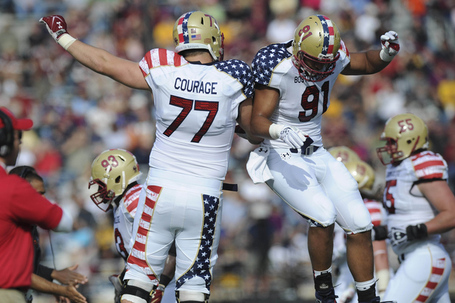 Updated for 2013: I don't mind the Eagles donning the occasional special uniform, particularly if it's for a great cause like the Wounded Warrior Project. Though why do I feel like Under Armour designed these uniforms in the offseason and then shopped them around to the first two UA-sponsored football programs that said yes? Other than the helmets and the "BOSTON COLLEGE" on the front, there is really nothing BC-specific about these uniforms. If BC participates in a project like this in the future, I hope that the full uniforms can be more easily identified with the program instead of simply slapping a school name on the front and marketing them as Boston College football uniforms.

Updated for 2013: The Eagles almost ... finally get the road look right. See below. 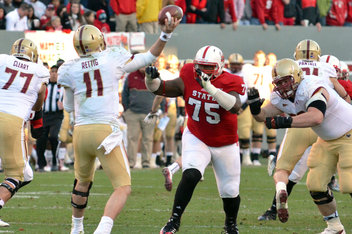 Updated for 2013: And in the final game, BC finally gets it right. This should be the preferred road threads -- white tops, gold pants, traditional, single maroon stripe helmet. This is as Flutie-to-Phelan as you can get given the current uniform combinations. I'm not sure if Bates listened to our complaints and shelved the triple-stripe helmets for good, but wearing the home lids in the road finale was a welcomed change.

-- Traditional helmet good, triple-stripe helmet bad.
-- Maroon and gold should be go-to home uniform combination.
-- White and gold should be standard road uniform; use all whites as an alternate uniform.
-- While maroon-maroon, gold-gold and gold-white were not worn in 2012, they shouldn't be used in 2013 either.