Share All sharing options for: Miami 41, Boston College 32: In Pictures

I was on campus to watch the Boston College Eagles fall to the Miami Hurricanes 41-32 in the 2012 opener. Here are my photos to prove it.

Feel free to post your own pics of the game over at BC Interruption's Facebook page by tagging @BC Interruption in any game or tailgating photo. 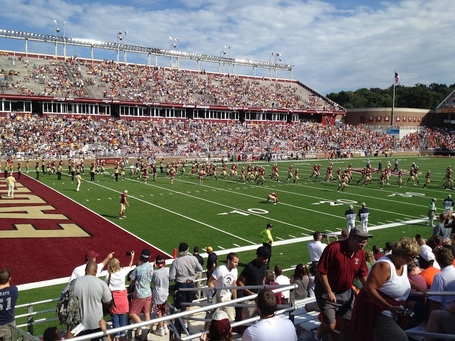 The Eagles take the field. Not sure about you, but I'm not a fan of the sledge / baseball bat carry coming out of the tunnel. This is hardly original. Not entirely sure what the team "sledged," but the D didn't bring a hammer on Saturday. Thoughts on something a little more unique to B.C. for the players' entrance onto the field? 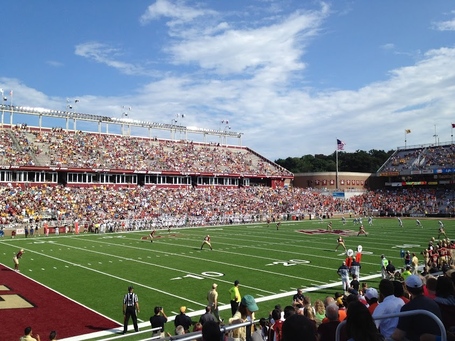 Opening kickoff. Unlike games at Clemson, not all the fans were in their seats in time for kickoff. 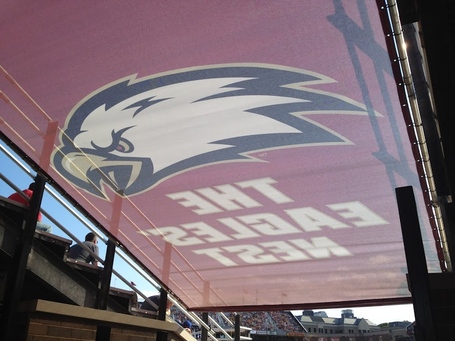 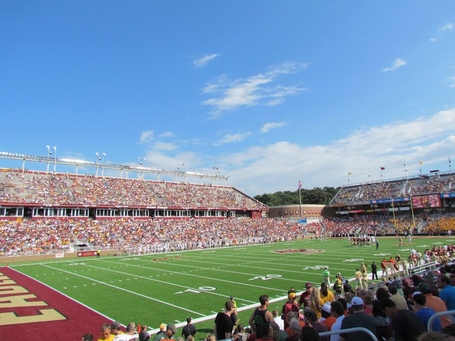 Seriously could not have asked for better weather for the season opener. A picture perfect day on the Heights. 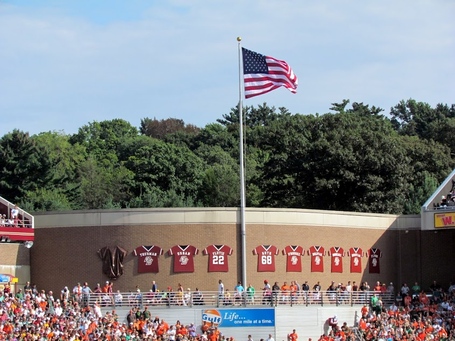 The school retired Lou Montgomery's jersey at halftime. A fine gesture. The only issue now is the asymmetrical alignment of the retired jerseys. Need to move one of those retired jerseys from one side of the flagpole to the other, yes? 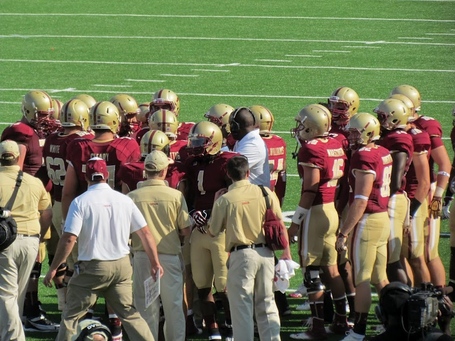 The offense takes a timeout. 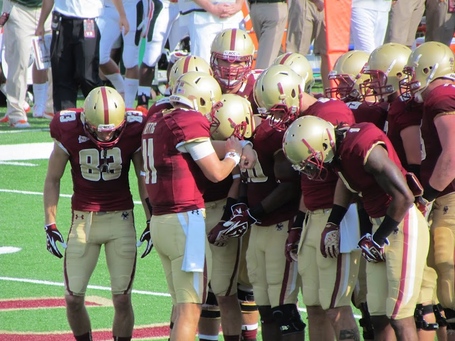 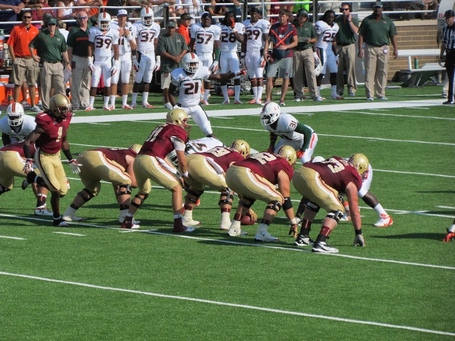 Rettig under center in the first quarter. 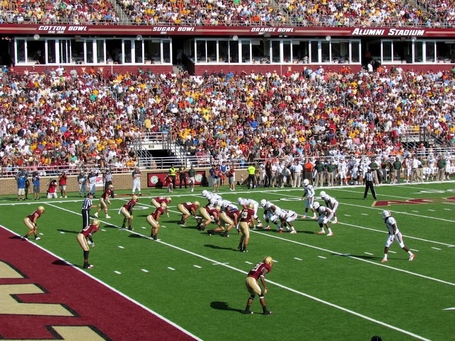 The Hurricanes offense finally gets things going with the Eagles jumping out to an early 14-0 lead. 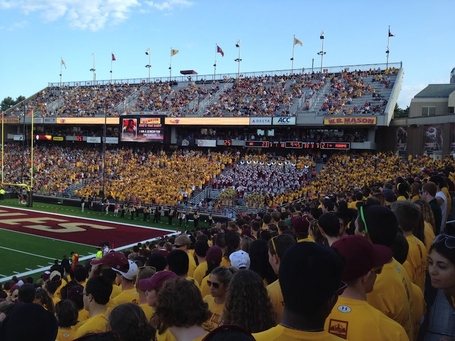 At some point in the third quarter, I ventured into the Superfan section (great turnout by the students). I feel old. 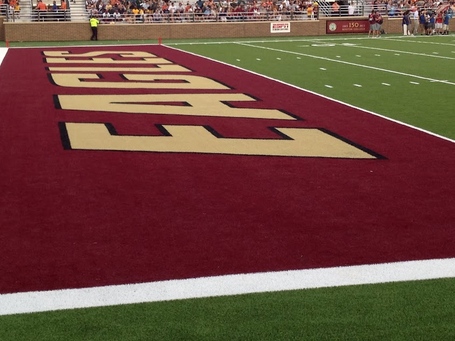 Close up pic of the new turf. Looks really good in person but too red on TV? 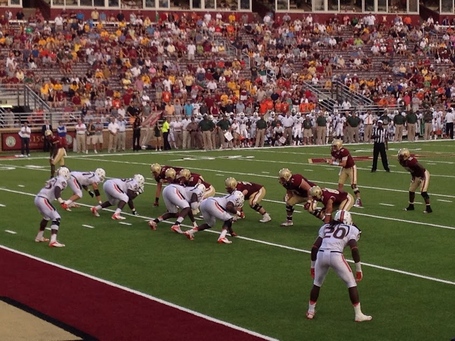 The Eagles fourth quarter comeback fell short after 3/4 of the Alumni Stadium crowd had already filed out of the stadium.