The Johnny Gaudreau for Hobey campaign is officially underway. Show your support by buying your own Johnny Hockey and Gaudreaubey Baker shirt today!

UPDATE 2! Johnny Hockey shirts are now available! See below for ordering information, including a discount for ordering one if each shirt!

UPDATE! BC Interruption would like to announce that all proceeds from the sale of Johnny Hockey and Gaudreaubey Baker shirts will be donated to the Boston College Campus School! For more information on the Campus School or to learn more ways to get involved, visit the Campus School's website here.

We here at BC Interruption have been all aboard the Gaudreaubey Baker bandwagon since about halfway through last season and its time you were too.

We're going on an all-out offensive to let the rest of college hockey -- nay, the world! -- know that Johnny Gaudreau is sickness on skates and will be your Hobey Baker award winner in 2013. Gaudreau led all college freshmen in both goals and points last season. He also did this:

Gaudreau is college hockey's most electrifying player since Nathan Gerbe, and Gaudreau's got more flash than Gerbe did at the same point in his career.

But the Hobey Baker award, much like the Heisman, has more to do than flash and stats. That player has to be in the national spotlight and get the attention. Gaudreau did his part when he undressed a pair of Ferris State defensemen in the Frozen Four last year, and we want to do ours.

So we're getting an early start so everyone knows Johnny Gaudreau is a Hobey Baker frontrunner from Day 1. Show your support by purchasing a slick new Johnny Hockey or Gaudreaubey Baker shirt from your friends at BC Interruption. 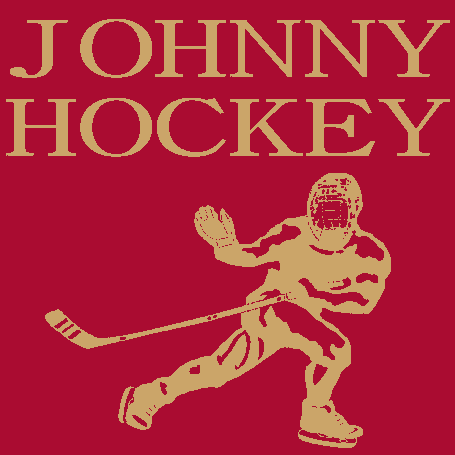 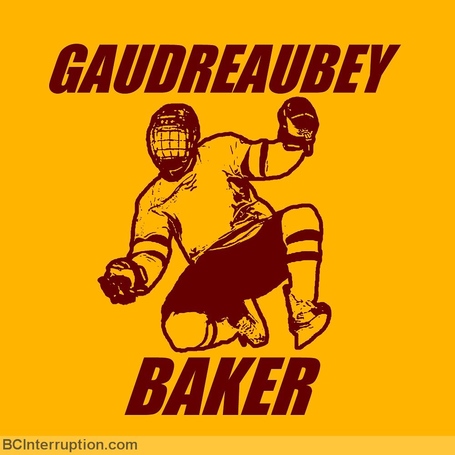 -- Sizes available range from men's small to men's XXXL (wear it while playing goalie for your intramural hockey team!)
-- Cost is $15 which includes shipping to anywhere within the United States, or $25 for one of each shirt. Add $8 for shipping to Canada.
-- You will receive your shirt typically within 5 business days. Johnny Hockey shirts will be delivered before the Beanpot.
-- Buy your shirt using one of the Paypal buttons below:

In case you need any convincing, just stare at this animated gif for as long as you need to make your decision.

Tell your friends, neighbors, parents, whoever. There were similar shirts for sale in Gerbe's big year and they went fast.

Any questions, let us know in the comments.