How Would Boston College Football Fare In The Montana Project?

Share All sharing options for: How Would Boston College Football Fare In The Montana Project?

Back in 2007, SI.com's Stewart Mandel openly questioned just how recognizable the Georgia Bulldogs 'G' helmet was outside of the state, writing:

But if I held up a Georgia "G" helmet, how many of them do you think would be able to identify it off the top of their head?

One entrepreneurial Montana resident and Georgia fan actually went about the task of polling 100 Montanans to determine just how recognizable the University of Georgia "G" helmet truly is. Here are the results:

This got me thinking about Boston College football's lids. Just how well would BC fare in the Montana Project? What about this helmet? 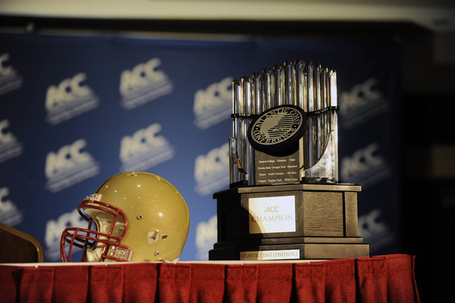 What about the road stained glassing helmets? 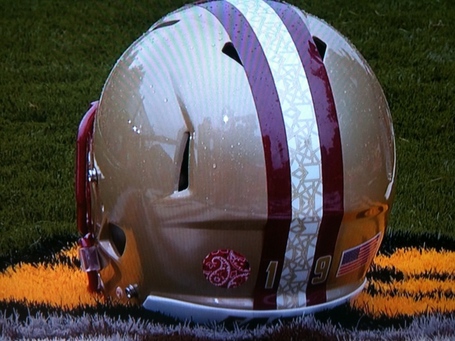 This, my friends, is a problem.

I can't believe I'm saying this, but it might be time to forge a new identity on the gridiron. With a new Athletic Director on the way and a new football coach not too far behind, it would be an opportune time to switch up Boston College's look. Go back to the old interlocking, block B C logo and slap that on the helmet. No more of this awkward stained glassing that makes it look like something's missing from the helmet. No more getting confused for a service academy, the San Francisco 49ers or that school in northwest Indiana.

Hell, if Notre Dame can put a drunken Irish midget on their helmet and Maryland dresses as Crash Test Dummies, I'm pretty sure Boston College football's helmets can evolve too. It's probably time to join college football's escalating helmet design arms race. I'm not convinced that two extra stripes and some stained glassing gets the program there.