Northwestern and Boston College, round 2, FIGHT! It's payback time for the Eagles, who last year dropped a clunker against the Wildcats at Alumni Stadium. Can we call this week "The game BC will finally get to show their true colors"? Against Miami's offense BC looked like the Mike Leach Air Raid Lite but then again we saw what the Canes did against Kansas State, so it's hard to accurately assess this game. Then in Game 2, BC played Maine High School, which doesn't obviously give you much to evaluate. Northwestern is a good team, and Pat Fitzgerald is an excellent coach, it's up to Bill McGovern and Frank Spaziani to adjust and play better defense or we could be seeing BC/Miami Part Deux, which scares the hell out of me.

Can Boston College actually sack a quarterback? Will Kain Colter look like Robert Griffin III against the Eagles defense? Can we make it through an entire game without Tahj Kimble fumbling the ball? How about a running game? If Ryan Nassib of Syracuse can throw for 472 yards, how many will Chase Rettig throw for? Can the Eagles contain Colter, Trevor Siemian, and Venric Mark or will the 'Cats option the Eagles to death? Has BC learned how to defend a bubble screen yet? Is Frank Spaziani physically/mentally incapable of making in game adjustments?

I have enjoyed the play of Spiffy Evans and Alex Amidon, but will the loss of Colin Larmond Jr and Bobby Swigert eventually catch up to the Eagles offense? Will one (both) of these teams score over 40 points in this game? Pat Fitzgerald, will you please be our coach next season? Pretty please?

Liquor to Help You Deal With Northwestern's Offense: 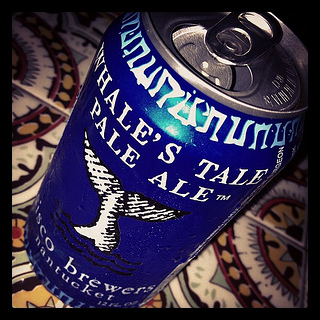 Let me just start this off by saying that I have an unhealthy man crush on all things Cisco. I love their beers. Honestly, if I could canoodle with a can of Cisco Whale's Tale i would. Local, and awesome, this beer is great even in a can, and honestly I hate beers in a can. My hands get sweaty, the beer warms too quickly, and I either drink it too quickly or end up regretting drinking warm beer. But for this game I want a beer in a can, because honestly I am a little afraid that I would throw a bottle through my television if I got frustrated enough. Which in all likelihood will happen if the defense can't stop the Northwestern offense.

Chet Haze- White and Purple. If you haven't heard of Grandmaster Chet Haze, oh boy are you in for a treat. He's a Northwestern grad, and oh yeah, he's Tom Hanks son. But boy can he slang that rap game like he was born in the projects of Chi-town. You have to imagine that at parties Tom introduces his other children first, and then refers to Chet as "the other one". Listen to this song, seriously, this is Tom Hanks son doing a rip off version of Wiz Khalifa. If there isn't a more embarrassing NU alumni I haven't found it yet.

Superfan Thermometer: Are you a NEGNAN like the rest of the BCI writers who are all predicting losses? Or are you feeling the Eagles will be able to put up more points than the Wildcats? Leave your thoughts in the comments! GO EAGLES!