ACC Expansion: Louisville Or Connecticut For #14?

Share All sharing options for: ACC Expansion: Louisville Or Connecticut For #14?

So this is kind of awkward. Louisville or Connecticut? Who ya got as the ACC's #14?

Let us put aside personal differences for a moment with our frenemies down in Storrs. Yes, the school, led by then Attorney General Richard Blumental, sued Boston College back in 2003 and named the school's President, a Jesuit who took a vow of poverty for Christ's sake, in the lawsuit. Forget all that for a moment. As UConn fans will quickly point out, Pittsburgh sued BC, Miami and the ACC too! So did West Virginia, Rutgers and Virginia Tech. Two of five are now in the conference and two more are off to B1Gger and better things.

So let's take a measured approach to weighing the pros and cons of adding either school to the ACC as the Maryland replacement. 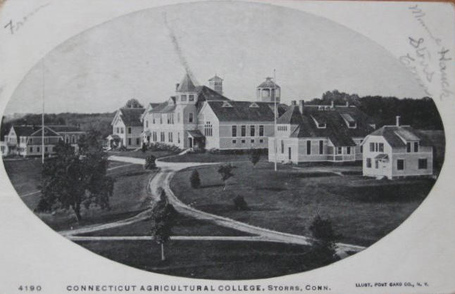 Positives: Academics in line with the rest of the conference, the state of Connecticut is actually situated along the Atlantic Coast, women's shootyhoops is good, so is the men's side up until this year's NCAA Tournament ban gave the program a bit of a black eye as Calhoun exited stage left, men's varsity hockey team is joining Boston College and Notre Dame in Hockey East starting in 2014-15 though they aren't very good at hockey, wins lots of Big East championships in a watered-down talent pool, football team is coached by the Big East's all-time winningest coach, made a BCS bowl game a few years ago.

Negatives: Really no TV market to speak of claiming neither the Boston nor New York television markets (plenty of overlap with BC, Syracuse and Notre Dame), doesn't play on-campus for football (The Rent in East Hartford) or hockey (XL Center for Hockey East games), men's basketball team is banned from this year's NCAA Tournament (because the conference needs more run-ins with the NCAA), men's hockey is awful, men's hockey brings us one program closer to being forced into ACC Hockey (awkward as it sounds), football program's BCS bowl game was attended by approximately 3,500 fans, school took a bath on their one BCS bowl trip that they love to rub in BC fan's noses because they think college football history started in 2000, small football following, little-to-no football history, to be sure, the conference doesn't need more basketball-first schools.

How'd They'd Fare In The ACC: I'd imagine Connecticut would be the most "Maryland" Maryland replacement out of the two. In a normal, non-NCAA Tournament ban year I'd expect the Huskies to be competitive in the ACC and finish in the top half of the league table annually (in the upper half of the conference along with North Carolina, Duke, N.C. State, Syracuse, Pittsburgh, Notre Dame and the hot Florida program of the year).

Football is another story. The long-term prospects for UConn football look about as good as BC's right now; possibly worse given that we are only a few days away from circus cannon-ing Spaz and Pasqualoni is just getting started in East Hartford. Many of the Huskies Olympic sports programs would be very competitive in the ACC, but I'd imagine UConn would quickly find out how sick nasty this conference is in the Olympic sports. This isn't the Big East where you can line the trophy case with Olympic Sports trophy after Olympic Sports trophy, especially competing against the likes of North Carolina and Virginia (though admittedly, Maryland leaving does ease the old guard ACC's strangehold on conference championships a bit).

Impact To Boston College: Despite what UConn fans will tell you, there isn't a great rivalry on the gridiron between BC and UConn. The two schools have met just four times since World War II -- all four meetings were during UConn's transition to Division I-A big boy football, which started in 2000. Unlike football, Boston College and UConn share a long history on the hardwood. The New England Cold War has deprived everyone of a great regional rivalry in men's basketball, though the series is very one-sided in favor of Connecticut. Most other sports still play annually so there is little impact to a UConn add, other than slightly reduced conference travel costs.

Football: Wake Forest and/or possibly Syracuse. I'm going to get roasted on this one in the comments section, but I maintain BC will stay above Connecticut in football over the long-term.

Basketball: Florida State / N.C. State / Notre Dame. Slightly behind the big four -- North Carolina, Duke, Syracuse and Pittsburgh -- but will make things interesting most years and will definitely finish in the top half of the league table more years than not. This is a compliment, OK guys? 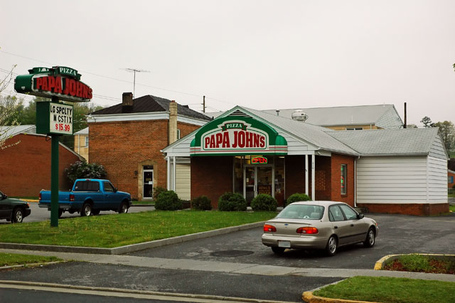 Positives: Football program is one win away from the school's second BCS berth as a member of the Big East, brought 35,000 fans to their first BCS bowl back in 2006 (Orange Bowl), basketball program has (very) recently surpassed UConn's men's hoops in a superficial, "what have you done for me lately" kind of way, basketball program prints money, seriously they are rolling in money, men's soccer is very good, new television market, contiguous state (Kentucky shares a border with both Virginia and Indiana), not overshadowed by multiple professional sports teams, on-campus facilities, significantly larger football and basketball stadiums, doesn't sponsor men's varsity hockey keeping the ACC Hockey Death Star at bay, could serve as a "western" travel partner for Notre Dame in all the other sports not football, Louisville seems like the stability candidate, keeping Florida State and Clemson happy.

On that last point, I believe the perception among the Florida State, Clemson and to a lesser extent, Georgia Tech fan bases are that adding Louisville would be far superior to adding Connecticut. Like I said, has everything to do with perception. I don't think these schools LOVED the Syracuse and Pittsburgh adds, and adding UConn seems like more of the same -- skewing the conference's influence further northward. I think it's possible that adding UConn would be more of an impetus for FSU and Clemson to look towards the Big 12 than adding Louisville would.

Negatives: Academics, not going to put a ton of weight into the college rankings (USN&WR, Forbes) but by these measures Louisville would instantly the worst ranked school in a conference which prides itself on its high marks, famously NOT Kentucky or Ohio State in its own market, not a very large TV market, Rick Pitino, unclear the long-term trajectory of the Louisville football program once Charlie Strong gets the opportunity to move back into the SEC, football program was recently Kragthorpe'd (5-16 Big East over three seasons), hardly "Atlantic" or "Coastal," could be ripe for poaching should the Big 12 decide to expand beyond 10 programs.

How'd They'd Fare In The ACC: Maryland fans don't want to hear this, but Louisville is a short-term upgrade in both the football and basketball departments. The men's hoops program just went to the Final Four and is currently ranked #2 in the country. Football is a win away from a BCS bowl. Maryland is more than a decade removed from both of those accomplishments and hasn't really been a factor in the ACC for football since Miami and Virginia Tech joined for the 2004 season. There are obviously some Olympic sports where Louisville will fall short of Maryland -- notably men's lacrosse (which UofL doesn't have) and men's soccer -- but the loss to both is mitigated by the Syracuse and Notre Dame adds (in lax) and Louisville for men's soccer.

Impact To Boston College: The Eagles don't have much of any shared history with Louisville. In fact, it was the Big East's desire to add Louisville as a replacement for Miami and Virginia Tech that was another factor in BC's decision to bolt for the ACC. Boston College is tied 3-3 with Louisville all-time in football, last meeting in 1988 (a 52-28 Cardinals win). The two men's hoops programs have met just five times with BC owning a 3-2 lead in the series.

Football: You can't help but look at Louisville as another N.C. State. I don't know what it is. Maybe it's the fact that both school's primary color is red or that they met in the Charlotte Bowl last year. Both seem like sleeping football giants that, given the right coach, can lead them to challenge Florida State, Clemson, Virginia Tech and Georgia Tech at the top of the league table most years.

Basketball: Again, N.C. State. Or Pittsburgh. I don't think Louisville is to the basketball blue blood status of North Carolina, Duke or Syracuse, but they have the potential to break through and finish in the top four in the conference standings in most years.

Baseball: I can't find a comparable ACC program here. In the ACC, either you make the NCAA Tournament every single season -- Florida State, Clemson, Georgia Tech, Virginia -- or you never make it -- Boston College, Maryland, Wake Forest, Pittsburgh, etc. Maybe North Carolina fits here, but I think that would be selling the Heels baseball program short a bit.

So who ya got? Louisville? Connecticut? Vote below and leave your thoughts in the comments section.