One of the highlights of BC Media Day was the unveiling of the new uniforms. Last year we all complained about the italicized numbers that were nearly impossible to read from the stands. Well without further ado, in my best Say Yes to the Dress -- don't judge me, I have a woman in the house -- here are the six combinations of uniforms and my thoughts: 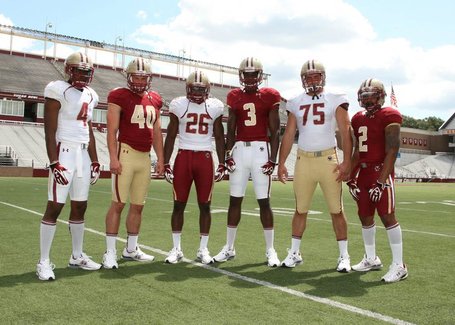 First thing I noticed is that the numbers seem much smaller than last year. But at least they are readable. I am not much of a fashionista but I'm not a big fan of the dulled down the maroon (look at last years jersey). The numbers also look weirdly disproportionate to the rest of the uniform. Look at Ifeayni Momah's uniform -- it's tiny. Plus it looks like it needs to be outlined to emphasize the number. The pants don't look new or modernized at all. In fact they look oddly like the pants during the Doug Flutie era. 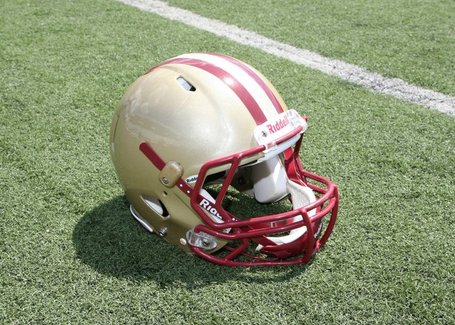 Is BC going for the retro 80's look? Because it certainly looks like it. The three stripes on the top...not a big fan at all. 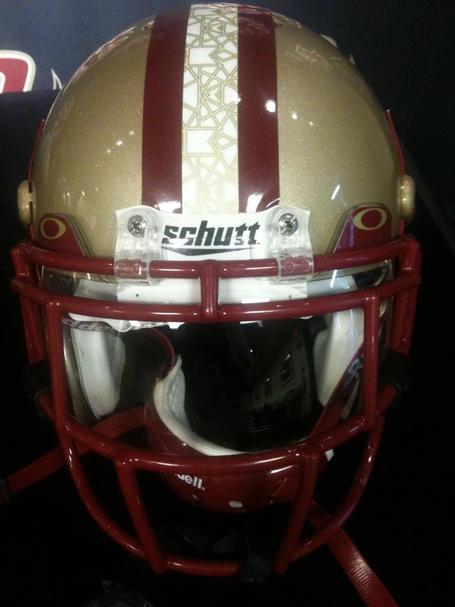 BC is calling what they did to the white stripe "stain glassing." I just call it gross. Under Armour went with the retro look for on the entire uniform, except that white stripe on the helmet which they went modern on. Makes sense. 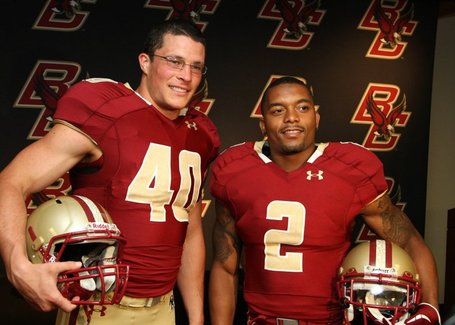 I just threw this picture in here to prove that Montel and Luke can make anything look cool.