Using EA Sports NCAA Football 12 TeamBuilder, I've already decided on my favorite uniform combos and also the combinations that I never, ever want to see the Eagles wearing on Saturdays. Here is a list of my top five uniform combinations: 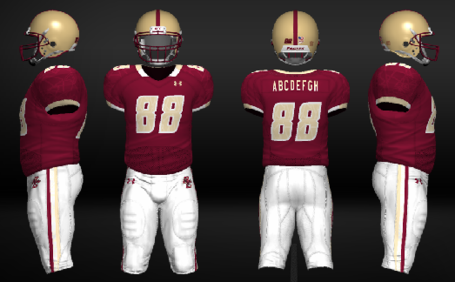 5. Maroon jerseys, white pants -- I'm not a huge, huge fan of this uniform combo, but it's certainly better than some of the other alternatives. If I had to choose between maroon-gold and maroon-white, I'm choosing maroon-gold every time, but I don't mind mixing it up from time to time with the maroon-white combo. This one is good for the I-AA game or the annual MAC / Conference USA / service academy game, but don't really love this for a conference game or other big time game. 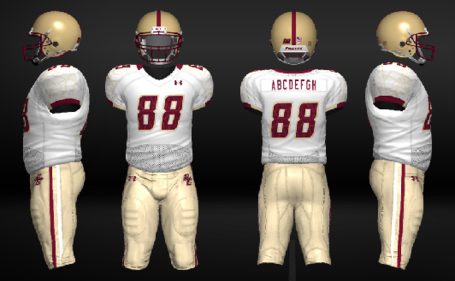 4. White jerseys, gold pants -- This combo looks good, even if it looks very Florida State road jersey-esque. In general, I'm a fan of the white road jerseys, but think that the white-maroon combo looks forced. And again, reminds me too much of early 2000s TOB ball. 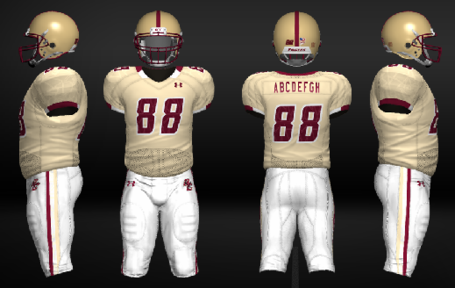 3. Gold jerseys, white pants -- I really like the gold jerseys, but am struggling with pairing these with one of the pants. I think I settled on the gold-white combination. Gold-maroon isn't terrible, but I just can't get behind the maroon pants. 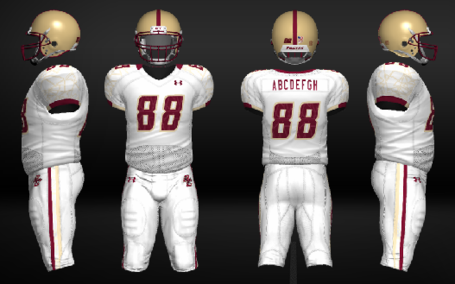 2. White jerseys, white pants -- I know there is a large group of Superfans that dislikes the all-whites, but I still really like this combination. Not for nothing, remember that this combo was worn during two of the greatest Eagle victories of the last decade. White-white uniform combo reference #1 and reference #2. 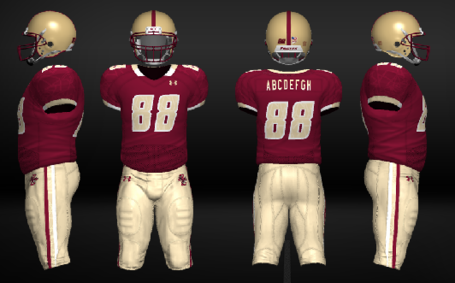 1. Maroon jerseys, gold pants -- Still the most classic and best uniform combination available. Nothing beats seeing the Eagles wearing the maroon and gold at home.