With little less than 24 hours remaining until kickoff, it's time to take one final look at the matchup with Clemson. As sad as it sounds I have absolutely no hope for the game tomorrow. BC has shown me that they can't stick with inferior teams like Duke and Northwestern, I can't even imagine what they will do against the #8 country in the team. I envision this game to be something like the UCF game, just worse, way worse. It will be like if you remade Mr. Smith Goes to Washington and recast the role of Jimmy Stewart with Nicholas Cage.

Montel Harris is out, Frank Spaziani is in. How are you feeling about this game? Leave your thoughts in the comments.

Nothing scares me more at this point than the offensive line. They play like a schizophrenic homeless window wiper. Sometimes they do a good job, but most of the time they are completely scattered and make no sense. Clemson's defense is stout, to say the least. This is no Northwestern or Duke, the Tigers are the real deal. I have been having nightmares all week about what they are going to do to Chase Rettig. (shudders)

The other big question, is basically the entire Boston College game plan. Every part of this team's game seems completely inferior to Clemson. Well maybe our linebackers are better? Could be, but Kevin Pierre-Louis and Luke Kuechly can only do so much. I think I'm going to have an ulcer.

Will BC cover the spread? Can BC play football poorly enough to make me shut the game off before the game is actually over?

I know one question I can answer right now. Will Clemson pull a "Clemson"? No. No, they won't. They are too talented, and

Snoop Doggy Dogg- Gin & Juice. We all feel pretty deflated right now, and I have this sneaking suspicion this could get ugly. Nothing gets me out of my pity party like some good old school West Coast hip hop. Plus the intro to the song is fantastic. Can someone please remake Home Alone and have Snoop Dogg play the role of Kevin McAllister? 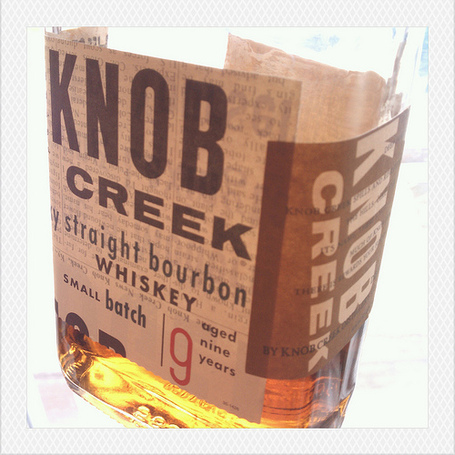 A staple in the Black household, Knob has gotten me through many a bad time. It's smooth smokey flavor screams "I am smart enough to graduate from Boston College, but also classy enough to sip whiskey". It's a great sipping whiskey, but in times like tomorrow it always works very well to shoot. Keep the bottle handy tomorrow you are going to need it.

Alternative Profession for Frank Spaziani: Comcast Customer Service Rep -- Never on time, always leave you unsatisfied and doesn't offer a hell of a lot. Seems right up his alley.

Come on guys, we have watched BC play for five weeks now. At this point we should all realize what we can expect, which is not a hell of a lot. Clemson is bigger, faster, and most importantly better coached. I think BC is going to get killed out there, and this is going to be a very difficult game to watch. Note: AJ's locks are not legally binding. He has wrong on just about everything this season,  just look at his preseason predictions. Yikes!

Superfan Thermometer: How are you all feeling about this weekend's game against Clemson? Feeling nervous and want to throw up like I do? Think Clemson could pull a Clemson? Make sure you leave your thoughts in the comments. Go Eagles!