What's that you say? Want more ACC expansion revisionist history? OF COURSE YOU DO!

"For Miami and Boston College, though, removed from the ACC's traditional geographic footprint, the move has been an athletic disaster.

Since joining the ACC, BC has a football record of 55-29, the program growing progressively worse as players recruited while the Eagles were Big East members cycled out of the program. Over the past four seasons, including this year's horrific 1-4 start, BC is 25-20. The Eagles were 34-16 in their last four big East seasons.

It's much, much worse at Miami. The Hurricanes won 85 percent of their games in the final seven years of their Big East membership, including the 2001 BCS championship and an appearance in the 2002 BCS title game. Since becoming an ACC member in 2004, the Canes have fallen to a .593 winning percentage.

In basketball, BC has fallen from a .608 winning percentage and four NCAA bids in its final six years in the Big East to a .560 percentage and two bids. Miami dropped from .666 to .611 and from four bids to one. 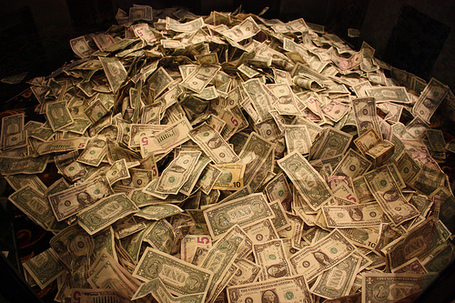