Share All sharing options for: ACC Football's Best Offenses and Defenses In 2010

Tomahawk Nation took a look at this year's FootballOutsiders.com's F/+ rankings for both ACC's offenses and defenses. BC finished the year ranked as the 6th best defense (best in the ACC) ... and the 106th best offense (dead last in the ACC). Yes, even worse than Wake Forest's offense. They won three games.

Read the below graphs and weep.

Only Michigan and East Carolina had a greater offense-defense differential, but they had the opposite problem -- all offense, no defense. Actually, those two programs have the same problem as Donahue and the men's hoops team has. Should we start calling the men's team the East Carolina Pirates of college basketball? 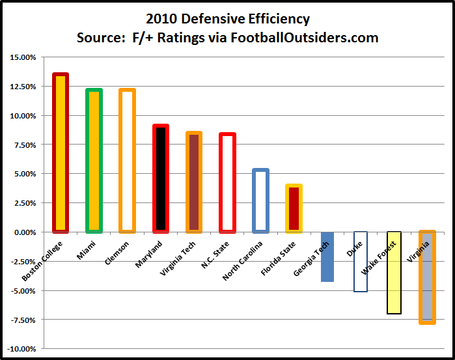 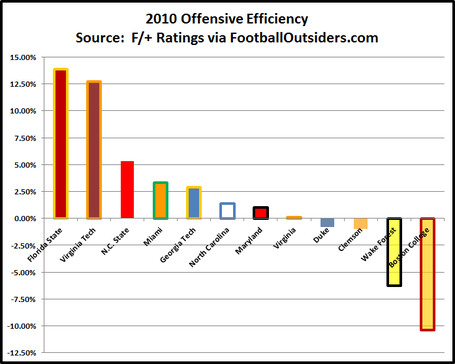 Imagine the noise BC could have made in the ACC this year with even an average offense. I'd say that the BC offense wasted an outstanding defensive performance this season, but even that seems like an understatement.