Share All sharing options for: Headlines: Economic Crisis or Opportunity in College Athletics?

Brian: Last Friday, AD Gene DeFilippo was featured in an ESPN.com article on college athletics in this current economic downturn. Both Gene and Arizona AD Jim Livengood are lobbying for leveling the financial playing field in which college programs compete.

"These are very, very tough times for us economically," Boston College athletics director Gene DeFilippo said. "But the silver lining in this dark cloud is we've really started to look at ourselves and see where we can save money and cut costs and work smarter. College athletics has been growing as far as facilities and staff size. The economy isn't going to stay like this forever, but we need to be smarter in how we do things."


A "think tank" of athletic directors from Alabama, Boston College, California, Duke, Ohio State, Oklahoma and Stanford want to see the financial playing field leveled because once the economic downturn subsides, the game will be more skewed towards the "haves" in favor of the "have-nots."

The flipside of this argument is that schools such as Minnesota and Louisiana Tech are using the current economic conditions as an opportunity for greater future returns. The Golden Gophers inaugurate their new 50,000, $300 million on-campus stadium this fall, while Louisiana Tech has "added eight new tennis courts, a new bowling alley in the intramural center, and new scoreboards at both the football and baseball fields. Plus, the school has resurfaced its track, installed new FieldTurf in the football stadium, improved tailgating areas, built a new press box for baseball, and renovated the locker rooms for football, men's basketball and baseball." 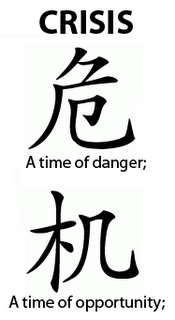 So the question is which school of thought do you subscribe to? Using the current economic crisis to push college athletics financial reform, or using the crisis as an opportunity to gain in the arms race of college sports.

Jeff: I think both schools of thought have major flaws. Clearly, Minnesota and Louisiana Tech had these plans for improved facilities long before just the past two years and therefore the decision to build/remodel was made without considering the economy as a factor. When the economy took a turn for the worse, they looked at their cash flow and decided to push forward. At Boston College, the new baseball and softball facility on the Brighton Campus is still a go despite the economy and new high definition screens that are 3x the size of the old videoboards are being installed in Conte this summer for when basketball and hockey start the fall.

The arms race deficit that smaller schools are going to cry about is not going to be able to be measured until many years from now because it is now that schools are putting off new projects, not 3-4 years ago which is when the projects being finished now were planned.

The current economy is a great time for GDF and others to talk about leveling the playing field but do I think that it is something that needs to be done? No. I like the David vs. Goliath matchups that college athletics set up. BCS conference schools are all getting pieces of large television contracts so I think the playing field is as level as it ever needs to be.

Brian: I largely agree with Eagle in Atlanta. The ship has sailed when it comes to implementing the types of reform that Gene and this group of ADs are looking for. In terms of NCAA-mandated changes created to slow the arms race, the NCAA will never be able to do enough to effectively limit competition and level the playing field. If the NCAA levels the financial playing field in one way, e.g. putting an end to football teams staying in off-campus hotels the night before home games, athletic programs will find other ways to compete. You don't think programs like USC and Florida won't find other ways to gain a competitive advantage on other Pac-10 and SEC schools? Hardly. That's simply the nature of competition.

Hoping that the NCAA will one day become this model league that has a level financial playing field (i.e. revenue-sharing) and great parity like the NFL essentially slaps the history and tradition of college football across the face. The sport is and always will be a sport of "haves" and "have nots" (see: Georgia Tech Engineers 222, Cumberland 0). No amount of NCAA mandates to level the playing field financially will change the core principles of the sport.

Another thing that rubs me the wrong way about the DeFilippo-Livengood "think tank" is its representative members. It would be one thing if these were mid-major programs clamoring for financial reform, but these are BCS conference programs, and fairly prominent ones at that (including Alabama, Duke, Ohio State and Oklahoma, among others). Where is the non-BCS conference participation? I hope for the "think tanks" sake that they do have non-BCS representation, because otherwise this just sounds like a bunch of cranky old white guys because the two-caste system of BCS conference programs and non-BCS conference programs is already inherently financially inequitable. You simply can't bitch about leveling the financial playing field in college athletics with the gaping inequity of BCS vs. non-BCS staring you in the face.

One thing I will agree with Livengood on is this group of ADs must be selective. "We can't have a laundry list of 30 items," Livengood said. "We need to pick out a few things, and they need to be drastic." This group can't be lobbying the NCAA to mandate reform on small budget items like hotel rooms, travel policies and building facilities.