Share All sharing options for: Your Atlantic Division Preseason Favorite? 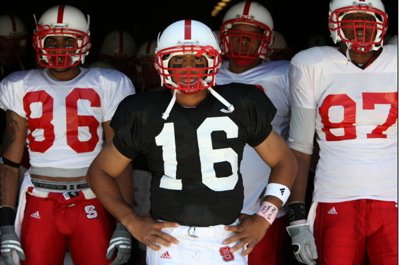 Here's what he had to say about Boston College's chances:

The Eagles defied the odds in '08. And I'll be the first to admit I was wrong about that.

But another coaching transition? This one without Matt Ryan at quarterback or two NFL defensive linemen? Or without an innovative assistant like Steve Logan?

BC won't fall completely off the map (yet), the schedule won't let them, but the post-O'Brien Era will truly hit the Heights this season.


Jeff: This is a great article here. Another apology about being wrong about the 2008 Eagles but he says if they don't fall apart this year they will eventually. Great analysis. We could win the ACC the next four years and finish dead last the 5th and this guy will say "I told you so." Can you stand reading stuff from this clown?

Brian: Yeah, no. Sorry. NC State is not the ACC Atlantic Division favorite. Funny to read the army of NC State sports bloggers reactions to this Giglio post here, here and here. Maybe NC State is the Atlantic Division favorite for a Raleigh-based sports writer/blogger, but elsewhere, if you took the temperature of other papers and other sports writers, a different team will be the favorite to win the division.

Ask a Tallahassee Democrat or an Orlando Sentinel writer who the Atlantic Division favorite is, and they'll tell you Florida State is finally going to rebound behind their capable QB Christian Ponder.

Ask a Boston Globe or a Herald beat writer and they'll ask you which teams make up the Atlantic and the Coastal divisions so that they can make a prediction.

Ask the Washington Times or Baltimore Sun Terrapin beat writer who is the ACC Atlantic favorite, and ... no, just kidding.

I know that the newspaper industry is struggling and writers have to generate buzz and interest in their columns, but c'mon man. The clear cut Atlantic Division favorite? NC State?! No thank you. The Wolfpack could possibly have to deal with another injury-plagued season, not to mention they have the consummate over-underachieving TOB at the helm. 8 wins next season? Sure, but we are talking middle of the 'Pack finish, J.P.