Good Cop/Bad Cop: The Best Days of BC Football Ahead?

Share All sharing options for: Good Cop/Bad Cop: The Best Days of BC Football Ahead? 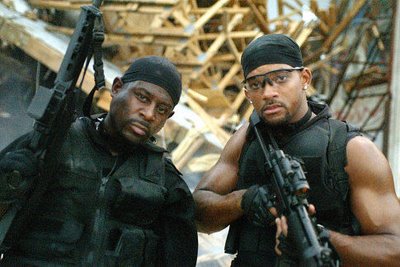 Welcome back to the precinct. Today Jeff and I discuss several BC football offseason storylines in a game of Good Cop / Bad Cop. Let's get our first suspect.


Suspect #1 - The best days of BC football ahead of us

Brian as Good Cop: Interesting read on the Virginia Tech blog Blogsburg wondering whether the glory days of Virginia Tech football are in the past. Sidenote: in my opinion, the answer to that question is yes. The glory years for Virginia Tech football were clearly the 1999-2000 era. Undefeated regular season, BCSNCG appearance, 22-2 record. While everything in college football is certainly cyclical and I'd expect Virginia Tech to again compete for a National Championship in my lifetime, I don't think they'll ever get back to the Michael Vick era dominance of 1999-2000. They are in a much tougher conference now, both in terms of number and quality of opponents, have an extra game to win with the ACCCG, and programs like Florida State and Miami aren't going to be terrible forever, right? Simply too much parity these days in college football. But I digress.

Are the best days ahead for BC football? The answer to that question is a resounding yes. I fully expect BC to win an ACC championship in football in my lifetime. (Heck, every team except BC, Miami, North Carolina and NC State has won an ACC championship in football in my lifetime. Yes, even Duke!) The 2000s have arguably been the best stretch of BC football since the 1940s, with the Eagles going 80-35 (.696) since 2000. But I'm guessing a 12-2 or 13-1 season will happen one of these years. We've been so close the last two years, but I would argue an ACC championship would top this recent stretch, and possibly even the Flutie and Frank Leahy era of the 1940s. It is easy to say that Doug Flutie and/or Matt Ryan isn't walking through that door, and equally easy to predict a drop off the next few years. But our football program is only getting better with the move to the ACC. The conference switch has only provided the football program with increased revenues and more and more national exposure. The next Flutie/Ryan will come, and BC will top the 11-3-0 2007 season in the next 10 years.

Jeff as Bad Cop: The best days of BC football being ahead of us would mean that we would have a stretch of seasons better than the past several. That is not going to happen. Back to back ACC Championship Game appearances and ten straight bowl appearances are going to be tough to beat. Also, the question implies the relatively near future and I think it is impossible to predict that BC will be any better than the last 2-3 years in a 2-3 year span over the next five years. I think the potential is there to be just as good and an ACCCG trip might turn into an Orange Bowl trip but one season with an ACC Championship would not mean that a couple year span is better than the last few have been. We are in the middle of the best years of BC football. They are not ahead of us.

Jeff as Bad Cop: I do not understand this at all. Not to mention Virginia Tech has hardly abided by their own "rule" either as last time I checked, Nebraska is west of the Mississippi where they played last year. Not every ACC school needs to play Big XII and Pac 10 teams every year but there need to be a few matchups each year so that poll voters can have something to judge relative conference strength on which plays a key role in who plays in BCS games.

Jeff as Bad Cop: If the ACC is going to realign, they can do a lot better than simply swapping Georgia Tech for Maryland. The best solution would probably be a North/South alignment but it's all a waste of time talking about it since the conference schedule is set through 2015.

Brian as Good Cop: The conference schedule may be set through 2015, but that wouldn't preclude the conference from making a move before then if push came to shove. As Gobbler Country points out, the conference has already made a scheduling change in baseball with the move of the 2010 ACC baseball championship from Boston to Greensboro next season. The reasoning/excuse? Decrease travel costs ... in this economy.

The conference has seemed to pick and choose which cost cutting measures they want to pursue, but this certainly could be another one of those. Swapping Georgia Tech for Maryland moves the conference closer to having a pure North/South alignment, with the only exception being BC would still be in the Atlantic (a.k.a. the ACC South) and Miami still in the Coastal (a.k.a. the ACC North). But really, those two teams will have to travel pretty far anyway for most road ACC games and this move would decrease travel costs to some extent for 10 of the 12 teams.

Brian as Bad Cop: I don't have really strong feelings about this but I will play the bad cop on this one. What's the point of this? I mean, I thought it was kinda cool when Pete Carroll made a point of having USC wear their red jerseys at the Rose Bowl when they played UCLA for the sake of tradition. But I don't see the point of this ruling. For BC, we're not going to stop wearing our maroon jerseys at home. And it would only cause mass confusion if a Florida State or a Virginia Tech wore their home jerseys in Chestnut Hill ... it would be a maroon fest of epic proportions. The only teams that might be able to capitalize on this ruling are North Carolina or Georgia Tech, who have light-colored home jerseys. I wouldn't have a problem if UNC came to Chestnut Hill wearing their Carolina blue uniforms or Georgia Tech showed up in their Vegas gold. Otherwise, this rule change is dumb. The rest of the ACC's home uniforms colors are too distinctive that you would never want to watch a game with two teams wearing their home colored uniforms. Imagine watching a game with Clemson or Miami in orange vs. Florida State or Wake Forest black unis. Or how about Maryland or NC State in red vs. Miami in green. These color combinations would surely cause an epileptic seisuze. No thank you.

Back in 2003, the NHL changed their rule to be that home teams had to wear dark colors, which flew in the face of 30+ years of tradition where the home team would wear white. That was a dumb rule change and so is this.

Jeff as Good Cop: I think it would be great to be able to wear a gold jersey on the road just like the basketball team wears at home sometimes. Jerseys would have to be approved by someone who would have to avoid the red and green combo and any other confusions. ACC officials are a little smarter than you give them credit.

Brian as Bad Cop: The officials won't be signing off on this, the teams will before the game. I would be the good cop on this if the Eagles did have a gold jersey they could wear on the road, but gold jersey and gold helmet? Not sure that would look so hot.


Last one, Suspect #5 - BC football attendance is recession proof

Jeff as Good Cop: Two years ago, the Eagles played essentially the same home schedule where Florida State was the only marquee opponent to come to the Heights. Attendance was great throughout that season despite the weather being bad for multiple games that year. BC fans will be back out in force this season for ACC games since the Eagles will not lose their first home game as they did last year to Georgia Tech. If the team can win at Clemson in September, Alumni will be full the rest of the season and I fully expect Spaz to get the season started on the right foot.

Brian as Bad Cop: There will be multiple factors that contribute to lower attendance at BC football games in 2009, and the economy will certainly be one of those. But the economy won't be the only factor in lower attendance. It certainly doesn't help the Eagles that the schedule isn't doing them any favors this year. No Virginia Tech, Clemson, Notre Dame or Miami at home this season. In addition, a bunch of relatively obscured out of conference opponents come to the Heights this fall in Central Michigan, Northeastern and Kent State. As you mentioned Jeff, the only headliner is Florida State, but two years ago we didn't even come close to selling out the FSU home game. Granted the weather was terrible but the Eagles went into that game 8-0! There isn't the buzz surrounding the team that there was for Matt Ryan's senior year - new head coach and coaching staff and possibly new starting quarterback certainly contribute to this. And lastly, the economy will certainly be a factor in attendance in 2009. People everywhere are cutting back on discretionary expenses and this could very well be the difference between going to all 7 home games and instead going to 2-3.
For those number-oriented nerds reading this, here are the raw attendance figures over the last two seasons. Attendance was actually down by 6,669 in 2008 from the 2007 season, but that can solely be attributed to the fact that we swapped a decent I-AA UMass team for a terrible Rhode Island cupcake last season (a difference of over 11,000 fans). Read into these numbers what you will, but with Florida State being the only marquee team coming to Alumni Stadium this fall, it wouldn't surprise me if we didn't sell out Alumni once this season.