ACC-SEC Kicking Off The Season and the Big Finish

Share All sharing options for: ACC-SEC Kicking Off The Season and the Big Finish 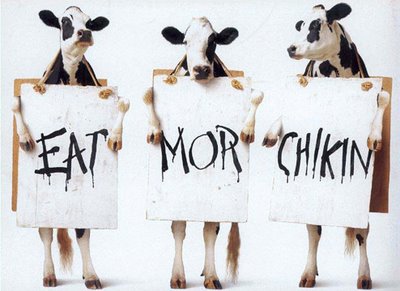 Brian: News out of Raleigh is that both NC State and North Carolina are finalizing deals with the Atlanta Sports Council to play in the 2010 and 2012 versions of the Chick-fil-A Kickoff Classic. The preseason version of the Peach Bowl - pitting an ACC team against an SEC team - seems to be a growing tradition. Excerpt from said article with requisite sound byte from NC State coach Tom O'Brien:

N.C. State is set to open the 2012 football season against Tennessee in Atlanta. UNC is trying to work out a deal to open the 2010 season in the Georgia Dome against an SEC team.

It's all apart of the Chick-fil-A College Kickoff, which was started by the Atlanta Sports Council and ESPN in 2008.

"I like it," Wolfpack coach Tom O'Brien said. "You've got to play one major game that gets you on television. It's great exposure for our program."


If UNC can finalize a deal, that will make four ACC programs that have played in or signed up to play in the Chick-fil-A Kickoff Classic, with Clemson "playing" in the inaugural game in 2008 and Virginia Tech playing Alabama in the Dome to start the 09 season.

It is well documented the Atlanta Sports Council's bias for having southern schools play in both the Kickoff Classic and the Peach Bowl. If I was going to bet, if we get to 2018 and 11 unique ACC teams have been selected to play in the Kickoff Classic, BC wouldn't be one of those teams.

My question is if BC is continually left out of the discussion in terms of ACC teams playing in the Kickoff Classic on national television, can this actually result in a competitive disadvantage for Boston College when it comes to recruiting against these other ACC schools?

Jeff: No. You're talking about playing in this game once every 5-10 years for the other ACC schools. This one game is not going to make or break BC or any other ACC school.

I would love to see BC in it some day since we all know I'd be there in a second and I'd love to see BC play an SEC team at the Georgia Dome. Will it happen? Maybe. If it does it would be against one of the bigger SEC schools guaranteed to sell the place out since BC will probably only bring a quarter of the fans that North Carolina or NC State would.

The other thing to take from this is that this is the reason TOB made the seemingly lateral move to NC State. When you think about it, it doesn't seem quite so lateral when it comes to being able to play in games such as this. BC gets passed over for bowls and these type of events while NC State does not.

Brian: I agree that it is certainly to Tom O'Brien's and his program's advantage to have the opportunity to play in these sorts of games. NC State opened the season last year on national television against an SEC opponent in South Carolina, and will do so again this year.

Especially when BC is opening up the season against teams like Northeastern and Kent State, the national exposure and buzz you can get from playing a big name SEC opponent on college football's opening weekend can certainly pay dividends to your football program down the road. However, as Doc Saturday points out, it is what you make of these opportunities. You could just as easily lay an egg against these big name SEC opponents and therefore wouldn't get the same bang for your buck in terms of exposure. See:

In the end though, I'd much rather have the Eagles be considered for these type of games instead of continually be passed over. I do think that this puts the Eagles at a slight competitive disadvantage, even if these ACC teams are playing in the Georgia Dome against an SEC opponent once every 5-10 years. You have to figure that with the Kickoff Classic and the Peach Bowl, that is two opportunities instead of one every season for an ACC to play in the Georgia Dome against the SEC, and currently BC is typically being passed over for these games.

Brian: Baseball is set to face Texas State today at 2pm in the Austin Regional. Watch the Gamecast live here. Chances BC knocks off the Bobcats?

Brian: Detroit in 6. Crosby and Malkin are great and all, but there's a reason Detroit is called "Hockeytown."


Brian: Bodog released their early future odds to win the 2009 National Championship. BC is currently listed as 100/1. You like the odds given to any of the ACC teams?

Jeff: No, not at all. Virginia Tech is clearly the only team you would want to put any money on but at 16-1 you're not getting a ton of return for that very risky bet. The best value might - and I emphasize MIGHT - be Georgia Tech at 50-1.


Jeff: Eagle in Atlanta linked to a good article about SEC coaches whining. It's shocking that South Carolina has killed Clemson in recruiting in the last 8 years yet gets killed by them on the field. Will recruiting rankings ever be a realistic gauge of a college football team?

Brian: Talent will always be one of the factors to compare college football teams, but ultimately, it is what you do with that talent that counts.


Brian: Your boy - Sergio Garcia - is heartbroken after his girlfriend (and BC's own) Morgan-Leigh Norman broke up with him. Will Sergio now finally win a major now that Norman and Garcia are splitsville?


Jeff: HD declares that BC's stretch of at Clemson, Wake Forest and Florida State will make or break the Eagles football season. Agree?

Brian: Actually, no. If you are going to pick three consecutive games and call them the toughest stretch, it has to be Florida State, at Virginia Tech, NC State. Side note: I feel like this is the 15th variant of the same offseason blog post from HD. C'mon.


Brian: Last one, two innovative athletics department cost savings measures. Georgia Tech becomes the first athletics department to fully outsource their athletic ticketing operation, while Wisconsin, Ohio State and Michigan will stop printing media guides. Should BC adopt one or both of these cost-cutting measures?

Jeff: I'm shocked Georgia Tech is the first to outsource ticket operations and printing media guides is just one of the many things dying with the internet age. However, BC should adopt neither cost-cutting measure this year.