Share All sharing options for: Eagle Fans with Cablevision Rejoice? 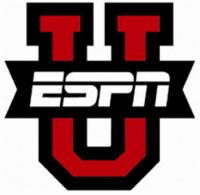 Brian: From the Sports Business Journal comes word that ESPN brass have reached a deal that will allow cable and satellite distributors to pull an ESPN Classic for ESPNU switch-a-roo!

ESPN Classic’s days as one of the country’s biggest sports channels may be over.

Executives in Bristol are set to allow cable and satellite distributors to swap ESPN’s classic sports channel for its college network, ESPNU, which they hope presents a newer, hipper alternative to Classic’s staid, dated programming.

As part of the offer, ESPN also is looking for added distribution for its Spanish-language channel, ESPN Deportes, and its broadband network, ESPN360.


Score. This means Eagles fans will have greater access to ESPNU and the network's slate of ACC football, basketball and D-I college hockey games. Not to mention the possibility of ESPN360 being provided on a wider range of cable providers (something I currently don't have access to with Time Warner in NYC).

For reference, last season there were ...

Of course, with ESPN Classic's move to a sports tier, this means less opportunity to watch the 1984 Flutie Miracle in Miami game in its entirety on a rainy Sunday. But that is a sacrifice I'm willing to make.

Petition your local cable or satellite provider to make the switch!