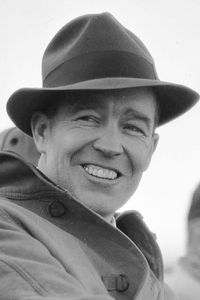 Standings: Finished the fan voting in 7th place with 13% of the vote, behind Flutie, York, Ryan, Flynn, Bell and Kelley. Apparently if there was a J.V. Boston College Mt. Rushmore squad, Leahy makes the cut.

Although he had recently signed a contract renewal at BC, Leahy accepted the head coaching position at his alma mater, Notre Dame. He tried without success to get out of his BC contract. He pleaded to the school's vice president. When that didn't work, he went to the mayor of Boston. Then the governor of Massachusetts. Then, at a press conference, he told 50 reporters what the South Bend Tribune called "the biggest lie of his life". Leahy stated: "Gentlemen I've called you all here today to inform you that I recently received my release from my coaching contract. With the release went the good wishes and benediction of Boston College." Leahy stepped away, and the buzzing group of reporters battled for phone lines. A phone call came in for Leahy, and he took it.The vice president of Boston College was on the line. "Coach Leahy," he barked. "You may go wherever you want, and whenever you want. Good-bye."


X-Factor
Any love for a Notre Dame grad?