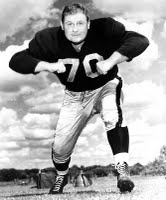 Standings: Finished in 13th place with 4% of the vote, ahead of only Mike Mottau (3%)

You wouldn't deny a guy who's nicknames are "The Bulldog" and "Fatso" now, would ya?