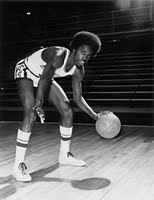 Standings: Finished the fan voting in 10th place with 8% of the vote, behind nearly everyone, including TOB to our surprise. If we were chiseling a basketball-only Mt. Rushmore, he's in for sure.

Does the most successful basketball coach in BC history make the mountain?