Share All sharing options for: Weekly Hockey Primer: Another BC "Gotcha" Moment?

I have to wonder if Boston College is setting everyone up for another "Ha Ha, you didn’t think we’re any good but we’re going to win the national championship" runs. Last year, it took until the final night of the regular season for BC to make a statement, barely earning home ice with a road win at Northeastern. The Eagles, as you may recall, never lost another game. This season, BC is 5-7-3 in league play, sitting in fifth place, a full ten points behind league-leading NU.

I am not that confident that this will happen this year. Only time will tell. If the Eagles are to turn the corner, it has to start this weekend with 4 points in two home games Saturday and Sunday versus the 7th place team in Hockey East - the Maine Black Bears. 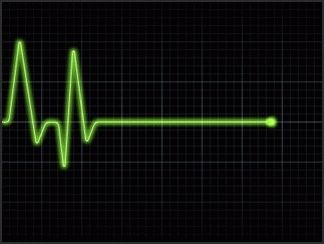 Flatlinin'. Boston College and Maine come into this weekend having won 1 game ... combined ... since December 1. Ouch. The Eagles enter the weekend series in 6th place in Hockey East (9-8-3 Overall, 5-7-3 Hockey East), one point ahead of both Maine (10-9-3 Overall, 5-6-2 Hockey East) and Massachusetts. Can the Eagles turn it around, Coach York?

"We’ll just keep working," he says. "There’s no magic formula to it. We’ve got to get back to playing Eagle hockey. Keep sawing wood."

Brackets. USCHO.com released its latest NCAA tournament bracket. Since the Eagles tallied 0 points last weekend, they are predictably moving backwards. They are currently slotted as a No. 4 seed and the road to the Frozen Four won't be easy. These pairings will certainly change, but according to USCHO.com, the Eagles would face the No. 1 seed Minnesota in the Western region and then possibly face the winner of Miami (OH) / Northeastern.

The College Hockey Blog also has the Eagles playing against Minnesota, and places Denver and Ohio State in that regional.

Towards the end of the USCHO article, they also mention something called the "geographic bracketing rule" which will be up for a vote at the NCAA Convention. I couldn't find anything else written on this, but this sounds like the idea would be the No. 1 seeds in the NCAA tournament would be placed within any of the four regionals, but the seeds 2-4 would play closer to home.

Sounds like a terrible idea if only because their sample bracket should this rule go into effect would be a Northeast Regional that looks like a replay of the Hockey East Tournament:

In a year where Hockey East is arguably the best conference in college hockey, this would severely limit the possible number of Hockey East teams that could make the Frozen Four. Dumb. Don't do it NCAA!


Rooting Guide. The Eagles - a full 10 points behind first place Northeastern (who just so happens to be BC's first round Beanpot opponent. More on that in the coming week.) - are not only going to have to start winning hockey games, but they are also going to need some help.

As such, here's your weekend rooting guide:

Providence over Northeastern - The Friars have a home-and-home series with first place Northeastern beginning tonight at Schneider Arena. Providence comes into the weekend with only 8 points in Hockey East, good for 9th place. Thankfully for the Eagles, the Friars are hot, as they are unbeaten in the month of January (3-0-1). If the Friars can steal a win from the Huskies, that will help slow Northeastern's ascent in the standings.

Massachusetts over Vermont - The Minutemen have 12 points in the Hockey East standings, good for a 7th place tie with Maine. Vermont has been playing good hockey this season and currently have 18 points (3rd place). The Minutement travel to Burlington to finish their regular season series. The last time out, Vermont edged UMass in OT 3-2.

Boston University vs. New Hampshire - BU comes into the weekend in 2nd place with 19 points, while UNH is in 4th place with 17 points. Hope for a split or a couple of ties.

Merrimack over UMass Lowell - Lowell is 1 point up on the Eagles in the HEA standings. Both teams only play one game this weekend. Merrimack is DFL in Hockey East. A guy can dream, can't he?